As had been expected, even by its own earlier admissions, LSC Communications has voluntarily filed for Chapter 11 reorganization in the U.S. Bankruptcy Court for the Southern District of New York. The only surprise — perhaps expedited from the financial fallout of COVID-19 — is that the announcement came April 13, and not in May as had been previously suggested.

In a press release revealing its Chapter 11 filing, the Chicago-based publication, catalog, and book printing and distribution powerhouse that primarily caters to publishers, merchandisers, and retailers, indicated it has sufficient liquidity to continue operating its business. Its subsidiaries in Mexico and Canada are not included in the court proceedings and will continue to operate in the normal course. 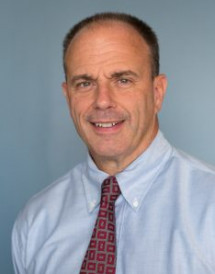 “Since the termination of our merger with Quad/Graphics last year, and given the fundamental changes in the industry, the LSC board and management team have taken proactive and aggressive steps to improve our overall cost structure and streamline our manufacturing platform while continuing to pursue new business opportunities,”  Thomas J. Quinlan III, LSC Communications’ chairman, president and CEO, said in the release.

“During that time, we have closed, or are in the process of closing, eight facilities, won new contracts and delivered on our commitments to our clients and vendors," Quinlan added. "At the same time, we continued to evaluate the best path to creating a more sustainable capital structure for LSC with the support of our senior lenders through the Waiver and Forbearance Agreement."

LSC reported it has received commitments for $100 million in debtor-in-possession financing from some of its revolving lenders, subject to the satisfaction of certain closing conditions. Following court approval, this financing, combined with cash on hand and generated through its ongoing operations, is expected to be sufficient to support its operational and restructuring needs, LSC officials contend.

"I predict that this will look an awful lot like the Cenveo reorganization in which they will go private and enjoy significant debt forgiveness," Peter Schaefer, a principal at leading printing and packaging M&A advisory firm New Direction Partners, told Printing Impressions. "On the positive side for LSC, this move will enhance their liquidity position as they will likely become much less encumbered. This will enable them to become more nimble as they will likely go private and will have the opportunity, in essence, to start over with a clean slate and a stronger balance sheet."

On the other side, though, Schaefer points to LSC's vendors and creditors that won't be paid for their services rendered and — particularly during these unprecedented times — will struggle themselves as they were counting on the amounts owed to them by LSC. "Additionally, many of LSC’s competitors will understandably feel that it is unfair that LSC can walk away from these obligations as they are going to be provided an unfair advantage to become more flexible in the marketplace," Schaefer added.

Default on Nearly $1 Billion of Indebtedness

According to its Form 8-K filing, the filing of the Bankruptcy Petition constituted a default on the following debt covenants, representing in the aggregate approximately $972 million of outstanding indebtedness of the company:

Printing, publishing and paper industry watcher D. Eadward Tree, chief arborist of Dead Tree Edition, told Printing Impressions that the announcement came as no surprise. "LSC made no secret of its perilous financial condition, even before the pandemic started. The Chapter 11 filing could enable it to rework its high debt levels. But LSC may also be constrained from making such major strategic moves as mergers."

Another industry watcher, Robert "Bo" Sacks, president and publisher of Precision Media Group, has a long history as both a magazine publishing customer and industry commentator when LSC was still part of RR Donnelley before RRD's spinoff in 2016. " I remember when LCS was part of R.R. Donnelley, which was the largest printer in America at the time. It was the preeminent publication printer in this country." Sacks recalled.

"It was a privilege to work with LSC and R.R. Donnelley. Working with them was like working with the Marines; everything was done by the book. If you could work within the strict parameters, the experience was a top-shelf publication," he added. "Now the entire printing/publishing infrastructure will have to contend with fewer publications and fewer pages to print, and a reevaluation of how we do business."

But Sacks feels that, in the end, there may still be a silver lining, despite the current impact COVID-19 has had on many publishing and print markets, including magazine publishing and printing. "I am a life-long entrepreneur," he concluded. "I'm not sure who will be left standing when this is over, but the entrepreneurs of this world will pick up the slack, and create new business models and new magazines for the after-COVID population. Business abhors a vacuum, and I'm guessing there will be several vacuums to choose from."

The entrepreneurial, primarily privately held competitors (aside from Quad), that compete with LSC likely have mixed emotions about its Chapter 11 announcement, but are hoping they can pick up some of the slack of former LSC clients who may now be seeking a print provider that's more financially stable.

The Economics of Investing in an Inkjet Press