Citing a drop in publisher demand for print publication titles and significant structural changes impacting the industry, Chicago-based LSC Communications filed a Form 8-K with the Securities & Exchange Commission (SEC) on Jan. 14 announcing it will close its manufacturing facilities in Strasburg, Va.; Glasgow, Ky.; and Mattoon, Ill. The closing of the three printing plants is expected to be completed by July 2020, and LSC indicated that it will be working closely with its magazine and catalog publishing clients to ensure a smooth transition. 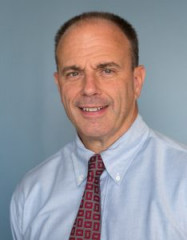 “The actions we announced today represent another step in our proactive efforts to address the significant structural changes in the industry. With many print titles moving to a fully digital platform, decreasing their frequencies, page and/or run counts, or closing entirely, our strategy is to further align our platform with these industry trends," Thomas J. Quinlan III, LSC’s chairman, CEO and president, said in a release.

"This strategy is consistent with our company-wide platform consolidation and cost-savings initiatives over the last several months as we take important and necessary steps to strengthen LSC’s operational and financial position," he added.

Since the announcement of the termination of LSC’s merger agreement with Quad in July 2019 as the result of a U.S. Department of Justice (DOJ) lawsuit to block the then-proposed $1.4 billion, all-stock acquisition of LSC by Quad on antitrust concerns (click here to read a June 21, 2019, Printing Impressions analysis on what the DOJ determined as the basis for its lawsuit), LSC has taken a series of actions to try to strengthen its operational and financial position.

Including this latest announcement about the closure of three plants, LSC will have closed a total of eight facilities across various business segments and reduced its workforce by approximately 2,500 employees.

According to the Jan. 14 press release, LSC also indicated that it has undertaken other actions to strengthen its position, including the implementation of new capabilities to enhance its cooperative mailing solutions, the relocation of key equipment, an increased focus on technology solutions for specific markets, and strategic changes to LSC’s supply chain to reduce working capital requirements.

“It is always difficult to make business decisions that impact our employees and the communities in which we operate, and we are committed to supporting employees impacted by these closings with severance packages and transition assistance, as well as potential relocation opportunities,” Quinlan concluded.

According to a Jan. 31, 2018, article in the Journal Gazette & Times Courier, the former RR Donnelley, Mattoon, Ill., plant celebrated its 50th anniversary in 2018. At that time, Jim Lanman, VP of manufacturing at the plant, told the local Rotary Club that the Mattoon operation is LSC's largest manufacturing plant with 1.3 million square feet under one roof, 700 full-time workers, and outputting 80 billion printed magazine and catalog pages per year. Noting plans, and the need, to add as many as 100 more workers, Lanman also said the Mattoon plant was partnering with Lake Land College to develop a manufacturing skills program.

The Pantagraph said the facility, which it says employs 750 people currently, had still been issuing hiring notices in the recent weeks leading up to the closure announcement. It also pointed out that LSC's Pontiac, Ill., production facility was not impacted by this latest announcement.

Local news coverage in the other impacted communities listed employment at the Glasgow facility as close to 600 workers, and 384 employees at the Strasburg plant.

At the time, LSC said the decrease in organic net sales was largely due to the ongoing impact of digital substitution of magazine and catalog volume, as well as lower education book volume driven by earlier back-to-school production that benefitted the first half of 2019.

News coming from LSC surely hasn't been good since its failed merger attempt with Quad. On Dec. 30, 2019, LSC announced that it received notification from the New York Stock Exchange (NYSE) that its common stock was being delisted from the NYSE. Trading of the common stock on the NYSE was suspended on Dec. 27, 2019, and is being removed from listing and registration on the NYSE on Jan. 27, 2020.

This action was initiated by the NYSE because LSC did not meet the NYSE’s continued listing standard that requires listed companies to maintain an average global market capitalization of at least $15 million over a period of 30 consecutive trading days.