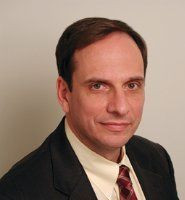 Well, it’s official. As reported on our industry news pages, RR Donnelley (RRD) has split into three separate, publicly held companies. First revealed in August 2015, the breakup of the $11.7 billion conglomerate follows the latest corporate trend of “maximizing shareholder value” by creating more focused companies; in theory, the parts are more valuable than the whole. Similar moves, partly driven by activist investors, occurred at Xerox and at HP.

Led by CEO Dan Knotts, multichannel business communications and business process outsourcing provider RR Donnelley remains the largest entity with $7 billion in sales and 42,000 employees. LSC Communications — a $3.7 billion, 22,000-employee company now overseen by former RRD CEO Tom Quinlan — serves magazine, catalog and book publishers, online retailers, as well as offers office products. With 3,500 workers and $1.05 billion in sales, Donnelley Financial Solutions is now run by CEO Dan Lieb and focuses on critical financial, investment and legal communications. Donnelley Financial may prove to be the real crown jewel among the three new entities. RR Donnelley is retaining 19.25% ownership of LSC and Donnelley Financial, and also received cash distributions from both in connection with the spinoff, to lower its debt.

In theory, the breakup will allow all three new enterprises to focus on, and invest in, their more well-defined product and service offerings. Perhaps the former RR Donnelley — primarily driven by M&A activity to help drive revenues and, in turn, move its stock price forward — had also become overly fragmented and too unwieldy to manage properly. Funds needed for acquisitions left little for capex expenditures to keep production facilities state-of-the-art and highly efficient. Different groups within RRD didn’t communicate seamlessly with one another, and the promises of cross-selling were never fully realized. Despite a strong revenue stream, RRD got little respect on Wall Street from a company valuation standpoint — mainly due to concerns about the printing industry’s low profit margins, competitiveness and electronic displacement. “[Spinoff] companies are better able to manage their business when their life depends on it,” noted an equity fund manager in describing the current business trend of large enterprise breakups.

History will ultimately determine whether today’s trend of corporate spinoffs, like RRD, along defined product/service lines is the most wise. Employees at the three newly separated firms hope that’s the case.