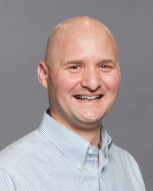 I had the opportunity to speak on the phone yesterday with Yishai Amir, CEO of Landa Corp. and vice chairman of the Landa Group. We discussed Landa Corp.’s $505 million sales success at drupa, including its announcement of major wins with companies like Cimpress, Quad/Graphics and Imagine! Print Solutions. We also addressed lingering contentions by some of Landa’s competitors and industry watchers that Landa Nanographic press technology has yet to overcome hurdles with print quality.

Unlike drupa 2012 where Landa Corp. took deposits for a family of press prototypes shown in its stand that, ultimately, were redesigned and never delivered commercially, Amir stresses that at drupa 2016 Landa was taking “real orders, with very clear specs and windows of delivery times.”

He also dismissed the notion by some that Landa wasn’t running the Nanographic presses on its stand frequently and that the samples being handed out weren’t those coming directly off of the demo presses. “All of the samples given away at drupa were samples printed on the show floor,” he said.

Amir was also quick to point out that, from a print quality standpoint, the Landa Nanographic presses shown at drupa did not incorporate Landa’s new closed-loop Active Quality Management (AQM) inspection system, which will continue to be tested and refined during the coming months. “The role of this system is to automatically calibrate and correct any quality and print defect in real time. So, obviously the quality of the prints will be significantly improved to eliminate any registration or print defects. These will be corrected and optimized on-the-fly,” he noted, adding that sophisticated sensors and cameras incorporated into the presses will help enable strong remote diagnostics and customer support.

Continued development of the AQM system has also impacted Landa S10/S10P shipping schedules. “The Active Quality Management system (which includes closed-loop-inspection) is a critical element in our solution. We will ship the press only after these systems have been integrated, optimized and tested,” Amir said.

“By adding the expanded and broadest color gamut [including up to 98% of Pantone colors] and the highly vivid colors to a perfect print quality, we are confident that Landa Nanography will deliver superb print quality to our customers.”

As announced at drupa, Imagine! Print Solutions in Minneapolis will serve as the lead North American beta site for the single-sided, B1/41˝ Landa S10 Nanographic printing press. Imagine! will primarily use its press to produce mass-customization POP/POS displays and in-store signage required on a local and geographic basis by its retail clientele. Capable of printing on off-the-shelf coated and uncoated substrates in up to 32-pt. thickness, the Landa S10 eliminates setup waste and will be used to create versioned stacks of printed product.

“We do not usually chase technology trends, however we believe in Nanography and want to be instrumental in the digital-for-mainstream revolution,” Craig Mandery, chief business officer at Imagine! was quoted as saying as part of Landa’s announcement at drupa. “Nanography is the first digital printing solution with the format sizes and speeds that will let us migrate our applications away from offset.”

According to Amir, the negotiations for Imagine! to become the North American beta site first began with former CEO/owner Bob Lothenbach and continued with private equity firm Oak Hill Capital Partners, which acquired the $303 million in annual sales industry powerhouse earlier this year. Amir confirmed the S10 press will be installed at Imagine! during the first quarter of next year and that, although it’s hoped the beta testing will be finalized in a couple of months, Landa is prepared to extend the beta testing period as long as it takes to make sure the press fulfills on its promise of high print quality output and 13,000 sheets/hr. maximum productivity. (Note: Elanders in Waiblingen, Germany, will serve as the first beta site for the S10P commercial printing perfector model, where it will be employed to produce advertising pieces, catalogs, direct mail and magazines.)

Also, in what is being heralded as potentially the biggest digital press transaction ever, Cimpress (parent company of Vistaprint) and Landa announced during the show that the companies will partner to jointly specify customized Landa S10P Nanographic digital perfecting presses. Subject to successful completion of beta testing, Cimpress intends to purchase up to 20 Landa presses for deployment worldwide. Cimpress is a global leader in mass-customization and the world's largest Web-to-print player.

"We see it as a breakthrough technology that could enable us to transform our mainstream printing that we currently produce with offset presses. It is uniquely suited to a global technology and manufacturing-driven company like our own," said Robert Keane, president and CEO of Cimpress in reference to the deal. "We aggregate, via the Internet, large volumes of individually customized orders for a broad spectrum of print, signage and other products. Nanography combines quality, speed, substrate-independence and print cost to create a major competitive advantage."

And, finally, it was announced that Quad/Graphics will collaborate with Landa to incorporate webfed Landa Nanographic presses to produce short-run magazines and journals. “Landa Nanography has the potential to disrupt the publication market, marrying the power of modern digital technology with today’s market needs for highly versioned short-run publications,” noted Joel Quadracci, chairman, president and CEO of Quad/Graphics, in a statement.

Only time — and the marketplace— will determine whether Landa Nanographic digital printing technology will be an industry game-changer. After all, the promise of being able to produce personalized digital printing, on common coated and uncoated paper grades, and at offset press speeds is enticing. It appears that executives at Cimpress, Quad/Graphics and Imagine! Print Solutions are hedging their bets that it will, so they want to be first in line.

Anyone who attended drupa 2016 and witnessed Landa’s theater presentation that featured founder Benny Landa, modern dancers and sophisticated lighting might have thought they were sitting in a theater on Broadway and not one in Hall 9 on the Düsseldorf fairgrounds. While Benny Landa’s competitors may question the viability and engineering behind Nanographic digital printing technology, they all justifiably remain in awe of Benny Landa’s marketing acumen, unwavering enthusiasm and showmanship skills.

As arguably the father of digital printing, I wouldn't expect anything less of him. Perhaps more than anyone else, Benny Landa continues to build buzz and create excitement — and perhaps some controversy, too — throughout the printing industry. What are your views on how Landa Nanographic digital printing technology may some day impact the markets that you serve?