LSC Communications has been the most active printing industry M&A consolidator during the past few years. But, today, LSC was a seller instead of a buyer by announcing that it has entered into a definitive agreement to divest its European printing business to the Walstead Group, one of the largest web offset and gravure commercial printers in Europe. 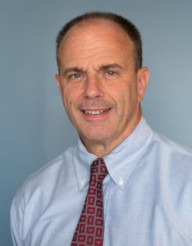 In a bit of a role reversal, LSC Communications CEO Thomas Quinlan was on the selling end of a printing industry deal.

LSC’s European printing business includes three web offset manufacturing facilities, a logistics and warehousing site, and one location dedicated to premedia services - all located in Poland. The sale is expected to close by the end of this year. LSC's European operation represented 7% of its revenues. It still maintains 44 production and manufacturing facilities in the U.S., as well as six primarily office products manufacturing locations in Mexico.

“The monetization of our European operations is another step in our strategic plan, which is focused on pioneering services and solutions that drive long-term growth and create the most value for our core client segments, as evidenced by our recent completion of the acquisition of RR Donnelley’s Print Logistics business,” said Thomas Quinlan III, LSC Communications chairman and CEO.

Based in the U.K., the Walstead Group is a web offset and gravure printing specialist that also has operations in Spain, Austria and central Europe. It prints magazines, catalogs, leaflets and promotional flyers, and newspaper inserts. Led by Chairman Mark Scanlon, the Walstead Group has grown primarily through acquisitions and claims to be the largest independent printer in Europe. U.K.-based private equity firm Rutland Partners reportedly took a 53% ownership stake in the company two years ago, with Walstead management retaining the remaining position. Rutland's capital infusion helped to fund Walstead's 2016 acquisition of Let's Printing Holding (LEYKAM Let's Print). 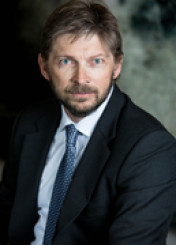 Mark Scanlon is chairman of the Walstead Group.

Publicly-held LSC will report its second quarter 2018 financial results on Aug. 2. According to Zacks, equity research analysts are predicting LSC will announce sales of approximately $903 million for Q2, compared to $848 million in the same quarter the prior year. Of its $3.6 billion in annual sales for 2017, magazines, catalogs and retail inserts represent 48% of revenues; followed by books at 28%; and office products at 14%. LSC was ranked No. 3 on the 2017 Printing Impressions 400, only behind RR Donnelley at No. 1 and Quad/Graphics at No. 2. The complete, 34th annual Printing Impressions 400 list can be accessed here.

Despite today's divestiture of its European footprint, LSC Communications has primarily been a buyer, not a seller. In May 2018, LSC announced its acquisition of RR Donnelley's Print Logistics business. That followed on the heels of its July 2017 acquisition of Fairrington Transportation, a mailing and logistics provider.

LSC Communications, itself as a company, is the result of an October 2016 spinoff of the then-$11.7 billion RR Donnelley, where Quinlan served as chairman and CEO, and honed his M&A acumen. When the Chicago-based RR Donnelley conglomerate separated into three publicly held companies, I wrote an analysis in 2016 of what drove that breakup, which can also be accessed here.