Creel has approximately 700 employees operating out of six facilities across the country, and is ranked among the Top 10 largest publication and the Top 50 commercial printers. Creel was ranked No. 35 on the 2016 Printing Impressions 400, reporting most recent fiscal year sales of $130.1 million, a 4% increase over its prior year. At the time, it broke its annual sales down as 25% catalogs, 25% digital, 15% publications, 10% direct mail, 10% commercial and 5% newspapers. These product mix percentages likely have changed, however, due to some of Creel's internal moves and M&A deals that are mentioned further below.

Click here for the complete 2016 Printing Impressions 400, which annually lists the largest printers in the U.S. and Canada ranked by annual sales and is widely considered to be the most comprehensive resource throughout the commercial printing industry.

From a competitive standpoint, based on the PI 400 list, Quad/Graphics reported $748.48 million in publication printing revenues, out of its $4.678 billion in total annual sales. Publisher's Press, of Shepherdsville, Ky., indicated $183.36 in segment sales. Likewise, Montreal-based TC Transcontinental reported $178.83 million in publication printing sales, with $1.625 billion in total revenues. And Trend Offset, of Los Alamitos, Calif., came in at $155 million in segment sales, out of its $310 million total. Finally, Hunt Valley, Md.-based Sheridan Press, which was acquired by Brainerd, Minn.-based CJK Group in April, indicated segment sales of $139.52 million. 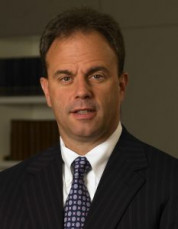 The catalog printing space, based on the PI 400 and not counting LSC, was dominated by Quad/Graphics at $748.48 million and Menomonee Falls, Wisc.-based Arandell at $100.53 in catalog revenues. Creel reported $32.53 million in catalog business.

So, as indicated by these self-reported breakdowns, the North American publication and catalog printing segments continue to consolidate, which ultimately should give some more pricing power to the remaining entities when it comes to negotiations with existing clients and prospects .

According to a prepared statement from Thomas J. Quinlan III, chairman and CEO of LSC Communications, the acquisition of Creel "will expand the capabilities of LSC’s offset and digital production platform and bring enhanced technologies to support our clients’ evolving needs, specifically in the magazine media and retail marketing industries. With one of the most advanced digital platforms in the U.S., plus a strong West Coast presence, Creel is an excellent fit for LSC,” he adds.

Allan G. Creel, CEO of Creel, shares the same enthusiasm within the press release: “The alignment with LSC will create tremendous value for both companies, our employees and our loyal customers. I personally am incredibly excited about the future of Creel and LSC,” he says.

Prior to being acquired, Creel had been busy on the acquisition front in its own right. In a deal that closed in December 2015, Creel purchased New Jersey-based GlobalSoft Digital Solutions, a major player in the retail, medical and financial spaces led by Chris Petro. GlobalSoft also has an operation in France, which gave Creel and entree in the European market.

Creel’s legacy dates back to the 1950s when Allan’s grandparents, Eugene and Sarah Creel, opened a print shop to serve the Las Vegas area. In the 1970s, his father, Allan H. Creel, assumed responsibility and ownership for the family business. Since that time, Creel has steadily grown through M&A activity, long-term client partnerships and strategic investments in new technologies. 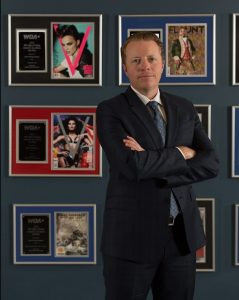 LSC Communications is the result of a spinoff of RR Donnelley into three publicly held companies that was consummated in October of last year. At the time, I wrote a commentary about what drove the spinoff, which can be read by clicking here.

LSC's traditional and digital print-related services and office products serve the needs of publishers, merchandisers and retailers globally. Ranked No. 3 on the latest Printing Impressions 400, LSC reported 2016 revenues of $3.65 billion, a slight decline from $3.74 billion in 2015. With 49 manufacturing plants and approximately 20,000 employees, its sales break down roughly as 45% magazines, catalogs and retail inserts; 30% books; and 14% office products.

Earlier this month, it revealed the adoption of new IntercepTag technology to aid in anti-counterfeiting efforts of textbooks based on proprietary HP Link Technology, which deploys serialized marks with a uniquely coded digital identity. Each book is then registered, activated and can be authenticated throughout the supply chain to determine if the book is genuine or counterfeit.

Printing Impressions reached out to the CEOs of both parties for comment on the Creel transaction. Tom Quinlan was not available for a followup interview before this post was published. Allan Creel elected not to comment on the acquisition, or what his new role might be, at this time.