The publication printing industry in North America continues to consolidate, and LSC Communications is leading the charge. Following on the heels of its July 17 acquisition of Creel Printing, Chicago-based LSC Communications announced today that it has acquired Publishers Press, a family-owned printing and digital solutions provider based in Lebanon Junction, Ky. It brings an end to the stewardship of Publishers Press and its predecessor entities by five generations of the Simon family, whose roots go back to 1866 when Nicholas Simon purchased an interest in a new German newspaper in Louisville, Ky., which later became known as "The Printing Rooms of Nicholas Simon." 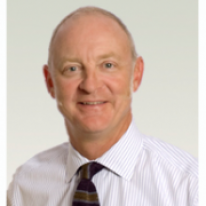 Publishers Press is currently led by Michael J. Simon, who assumed the president role following the death of his brother, Nicholas (Nick) X. Simon, who passed away at age 57 in 2016. Michael  and Nick Simon were both past inductees into the Printing Impressions/RIT Printing Industry Hall of Fame in 2002 and 2003, respectively, marking the first time two brothers received the Hall of Fame honor. At the time of their inductions, profiles appeared in Printing Impressions about Michael Simon and Nick Simon.

Aside from the Simon family legacy, Publishers Press also had a reputation for accomplishing several industry technology firsts. In 1994, it achieved wide acclaim when it printed an edition of Sports Car International, the first magazine to be printed using an entire computer-to-plate (CTP) workflow process. In 1997, Publishers Press established the first U.S. Postal Service-approved co-palletization program  for short- to medium-run magazines. And, in 2005, it combined co-mailing, co-palletization, and drop shipping to make up its PubXpress distribution system, which Publishers Press claims was the first of its kind in this market.

On the most recent 2016 Printing Impressions 400 list, Publishers Press was ranked Number 26, reporting most recent fiscal year sales of $191 million, a 6% increase over the $180 million the privately held company indicated for the previous fiscal year. It attributed 96% of its sales to magazines (making it the self-proclaimed fourth-largest publication printer in North America), 2% to commercial printing and 2% to packaging. To access the complete Printing Impressions 400 list of the largest printers in the U.S. and Canada as ranked by annual sales, click here.

LSC Communications, on the other hand, indicated 2016 sales of $3.65 billion, of which 45% is attributed to magazines, catalogs and retail inserts (LSC does not break out publication printing separately). LSC has 41 production facilities in the U.S. and eight international manufacturing plants, comprising approximately 20 million square feet of owned facility space. By comparison, Publishers Press employs about 1,200 employees in Kentucky. With an original facility in Shepherdsville, Ky., operations were consolidated into the 700,000-sq.-ft. Lebanon Junction facility last year.

Prior to its purchase by LSC, Las Vegas-based Creel Printing reported annual sales of $130.10 on the most recent PI 400, 25% of which Creel attributed to publication printing and 25% to catalog work. Creel was also a strong player on the digital printing side, giving LSC a quicker entree into what's expected to be a burgeoning market for highly customized, short-run digitally printed publications. Click here for my earlier report and commentary on LSC's acquisition of Creel Printing.

Adding existing Publishers Press and Creel Printing publication printing clientele will obviously bolster LSC's market position and production and distribution capacity, and help it battle primary competitor Quad/Graphics, which reported most recent fiscal year sales of $4.678 billion on the latest PI 400 — $795.26 million of which Quad/Graphics attributed to revenues garnered from publication printing. Taking Publishers Press and Creel out of the market as standalone entities will also likely help swing the pendulum in favor of LSC in terms of pricing power when it comes to negotiating new contracts with consumer, trade and specialty magazine and journal publishers, as well for those contracts coming up for renewal in the future.

It should also be noted that Hunt Valley, Md.-based Sheridan Group, which reported $139.52 million in publication printing revenues of its $196.50 million in total sales on the most recent PI 400, was also acquired in early April by the CJK Group. Click here for my earlier coverage of the Sheridan/CJK transaction, including more information about the relatively unknown CJK Group, a holding company of Bang Printing in Brainerd, Minn.

Dave Cardona, LSC’s President of Magazine Sales, as one might expect, was elated to take former competitor Publishers Press out of the mix. “With Publishers Press’ strong industry reputation, expertise in publication printing and high volumes in distribution and mailing services, this acquisition will be extremely beneficial for our clients,” he was quoted in an LSC press release.

LSC Communications, itself, is the result of former industry M&A activity. LSC was one of three publicly-held companies formed by the break up of industry conglomerate RR Donnelley (RRD) in October 2016. Click here to check out the commentary I wrote at the time on what drove RRD's split into three standalone entities.

Aside from the Publishers Press and Creel Printing acquisitions, on July 31 LSC Communications announced that it has acquired Fairrington Transportation, a full-service mailing and logistics provider of services ranging from freight management to postal optimization solutions.

Attempts by Printing Impressions to reach LSC Chairman and CEO Thomas Quinlan and Dave Cardona for further comment on the Publishers Press transaction were not returned by the time this article was published.