As promised, on March 2, Norwalk, Conn.-based Xerox Holdings launched a $34.9 billion proxy bid to acquire all outstanding shares of HP Inc. for $24 per share (a $2 per share increase above its initial offer), comprising $18.40 in cash and 0.149 Xerox shares for each HP share. Targeted directly at HP shareholders, the unsolicited "hostile takeover" offer and withdrawal rights are scheduled to expire at 5 p.m. ET on April 21, 2020, unless it is extended.

“Our proposal offers progress over entrenchment,” John Visentin, vice chairman and CEO of Xerox, said in announcing the proxy offer, which will be sent directly to HP shareholders. “HP shareholders will receive $27.33 billion in immediate, upfront cash while retaining significant, long-term upside through equity ownership in a combined company with greater free cash flow to invest in growth and return to shareholders.” (Xerox created a website, www.XplusHP.com, to help make its case about the benefits of the transaction.)

Xerox also turned up the heat in January by announcing that it nominated a slate of 11 independent candidates to replace HP's entire board of directors, which will be voted on by HP shareholders at HP's upcoming 2020 annual shareholder meeting. In addition, it has been courting and meeting with large HP shareholders to endorse the deal.

The investor presentation that Visentin (click here to view his Xerox Shareholder Presentation) has been using to try to gain the direct support of HP's major shareholders was made public on Dec. 9.

Some of his key arguments included:

In response to the March 2 hostile takeover bid, HP's board of directors advised shareholders to take no action at this time, pending the board’s review and evaluation of the offer. The Palo Alto, Calif.-based company also indicated that it will advise shareholders of its board's position regarding the offer within 10 business days by filing a solicitation/recommendation statement with the Securities and Exchange Commission (SEC) and publishing it on HP’s website.

The Xerox proposal, according to HP, is flawed because it:

On Feb. 20, the HP board also adopted a Shareholder Rights Plan ("Poison Pill") to thwart Xerox's planned hostile proxy bid. According to HP's press release, the rights plan was designed to encourage Xerox (or anyone else seeking to acquire the company) to negotiate with the HP board prior to attempting to impose some combination that is not in the best interests of the HP shareholders.

More importantly, the rights plan, which will expire in one year, is aimed to stop any investor group — such as activist investor Carl Icahn, who holds a 10.85% controlling stake in Xerox and a 4.24% stock ownership position in HP, or other institutional investors that may be aligned with him — from acquiring more than 20% of HP shares. If that happens, HP investors outside the group will be able to acquire additional HP shares at a discount, essentially diluting the ownership of the group. 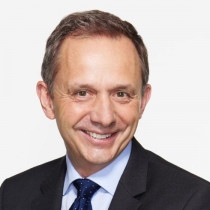 As a second defense mechanism, on Feb. 24, HP President and CEO Enrique Lores and fellow senior executive announced HP's "Strategic & Financial Plan for Value Creation" (click here to view a PDF of the investor presentation) to buy back $15 billion worth of HP shares during the next three years (up from $5 billion authorized in October 2019), including acquiring at least $8 billion worth of shares in the 12 months following its 2020 annual shareholder meeting.

In addition, HP said it intends to generate additional ongoing productivity improvements of at least $1 billion by fiscal 2022, making the total return to shareholders valued at more than $16 billion, which represents about half of HP's market capitalization.

Commentary: Whether Xerox's acquisition attempt of HP succeeds or fails — or even, as some suggest, HP turns around and ultimately purchases Xerox — the sooner it is resolved the better so both entities, and our industry can move forward. Just like Wall Street investors disdain uncertainty, so do the existing customers, prospective clients, and employees of these two companies, who are all caught in the middle.

It will also put an end to the inaccurate editorializing done by mainstream media when reporting about the battle between these two iconic printing industry players. Case in point: a March 3 Reuters article stated, "The printing industry is in decline as companies and consumers turn to digital documents to save money and help the environment."

Yes, some forms of print are certainly in decline due to electronic substitution but, as we know, paper is a highly renewable resource, so the "save the environment" argument by going paperless is totally inaccurate. Plus, these widely read articles that continually reference the "shrinking printing industry" further damage our efforts to attract young people for careers in the graphic arts.