Although the ongoing communications between the boards of directors at Norwalk, Conn.-based Xerox Holdings and HP Inc., of Palo Alto, Calif., have been quite bitter as HP continues to reject Xerox's buyout attempt, Xerox has now sweetened its offer by $2 per share. 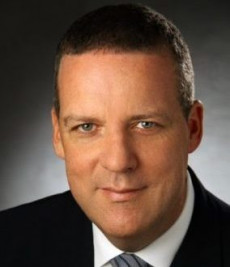 On Feb. 10, Xerox revealed its intention to launch a tender offer, on or around March 2, for all of the outstanding shares of common stock of HP at a price of $24 per share, which will be comprised of $18.40 in cash and 0.149 Xerox shares for each HP share. Xerox indicated that the latest offer price of $24 per share represents a 41% premium to HP's unaffected 30-day, volume-weighted average trading price of $17 per share.

According to a Xerox press release, the tender offer — valued at approximately $34 billion — will also not be subject to any conditions related to financing or due diligence. The proposed coupling, of which HP has a market valuation roughly three times that of Xerox, reportedly would create a $66.8 billion in revenue business. (Xerox also created a website with information to support its assertions about the benefits of the transaction, which can be accessed by clicking here.)

This latest move boosts Xerox's original offer made last November, which was for $17 per share and 0.137 shares of Xerox. After HP's board spurned that offer as undervaluing HP and questioned whether Xerox could receive the necessary funding to finance the deal, Xerox lined up $24 billion in binding financing commitments from Citi, Mizuho Bank, and Bank of America. 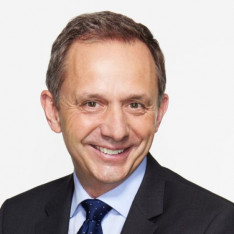 But just two days after receiving a formal letter on Jan. 6 from John Visentin, Xerox vice chairman and CEO, that the necessary financing had been procured, HP CEO Enrique Lores reiterated that the offer still undervalued the true market values of what HP is worth. "We reiterate that the HP board of directors’ focus is on driving sustainable long-term value for HP shareholders. Your letter ... regarding financing does not address the key issue – that Xerox’s proposal significantly undervalues HP – and is not a basis for discussion," Lores wrote.

Xerox, in turn, turned up the heat further by announcing that it had lined up a slate of 11 independent candidates to replace HP's entire board of directors at HP's 2020 annual shareholder meeting, which has not been scheduled. Consequently, it appears Xerox is now forcing the issue for a March shareholder proxy vote.

As stated when it initially announced the hostile takeover, Xerox has met, in some cases multiple times, with many of HP’s largest stockholders. "These stockholders consistently state that they want the enhanced returns, improved growth prospects and best-in-class human capital that will result from a combination of Xerox and HP," Xerox said in the press release. "The tender offer will enable these stockholders to accept Xerox’s compelling offer despite HP’s consistent refusal to pursue the opportunity."

Not mentioned in Xerox's press release is activist investor and major shareholder Carl Icahn, who owns major positions in both Xerox and HP. Icahn reportedly already owned a 10.85% controlling stake in Xerox, and then acquired a 4.24% stake in HP worth about $1.2 billion.

As reported by Printing Impressions earlier, news outlet CRN pointed out in a Dec. 5 article that Xerox and HP have a large share of institutional investors with common positions in both companies. "Five of the top 10 investors — The Vanguard Group, State Street, BlackRock, Icahn Associates and Geode Capital — combined own 23% of HP with $6.08 billion invested," wrote CRN reporter O'Ryan Johnson. "That same group owns 31.86% of Xerox, with $2.39 billion invested."

It appears the battle for control between Xerox and HP is finally coming to a head. It remains to be seen whether Xerox sweetening its acquisition offer will sway HP shareholders enough, including the largest institutional investors noted above.

Whatever the outcome of the vote, though, it will be good for the employees of both companies — and especially their respective customer bases — to know who's in charge and whether the companies unite or not, so everyone being impacted by this ongoing uncertainty can move forward. Uncertainty is bad for business, and thus bad for the printing industry in general.

END_OF_DOCUMENT_TOKEN_TO_BE_REPLACED
Happening Today
The Powerful Case for US Book Manufacturing