Transcontinental's $1.32B Deal Positions It as a Major Packaging Player 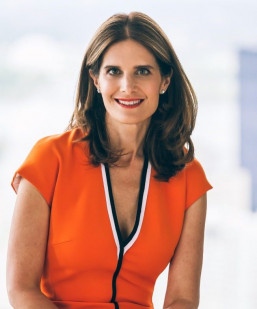 In an era of continual consolidation across the global printing and packaging industries, Monday’s announcement of Transcontinental Inc.’s acquisition of Coveris Americas signaled the latest instance of major players making major moves. Transcontinental, known as Canada’s largest printer, positioned itself to become a packaging juggernaut, as Coveris Americas represents one of the top 10 flexible packaging converters in North America.

On Tuesday, April 3, Transcontinental hosted a press conference in Montreal, which was simultaneously broadcast online, during which Isabelle Marcoux, chair of the Transcontinental board of directors, hailed the acquisition as “transformational.”

Following Marcoux, Francois Olivier, Transcontinental’s president and CEO, provided further details about the acquisition and its overall impact on the company. He explained that Coveris Americas operates 21 production plants around the world, with 14 located in the United States and accounted for $966 million in revenue in 2017. He said the 3,100 Coveris Americas employees would be joining Transcontinental.

Olivier, also through a translator, explained that with the acquisition, Transcontinental’s earnings would reach C$3.3 billion, with flexible packaging accounting for the most significant portion of that figure at 48% of sales (C$1.6 billion). Rounding out the portfolio, Olivier detailed that printing will make up 45% of the business, with media accounting for the remaining 7%.

“It’s a platform that has been invested in with new technologies and with excess capacity that we’ll be able to sell to the market,” Olivier said.

Regarding synergies between the two companies, Olivier explained the acquisition of Coveris Americas will strengthen Transcontinental’s position in dairy, animal feed and general consumer products. Additionally, he said the acquisition opens the door to new market segments, including agriculture, proteins, beverages, performance packaging and advanced packaging.

“This is a competitive advantage when it comes to cost,” Olivier said. “It also allows us to innovate further and to bring new products to market that our food customers are looking for so that their products stand out more on the retail shelves.”

Olivier reiterated the transformational aspect of this acquisition for Transcontinental, stating that the packaging segment of the business would now become its largest.

“It positions Transcontinental as a major player in North America and in the world when it comes to [flexible] packaging,” he said.

Cory Francer is an analyst at NAPCO Research. He formerly served as editor-in-chief of our sister publication, Packaging Impressions.