You might think that Deluxe, the leading printer of paper checks, is facing insurmountable headwinds as consumers (especially the millennial generation) abandon paper checks for electronic payment methods. However, Deluxe long ago realized that it was not a printing company, rather it serviced the financial services industry, and with that mindset, it recently announced another transformational acquisition with the purchase of RDM Corp. The acquired company does not print, rather it converts traditional printed documents, the simple check, into a digital document via its mobile deposit capture software or through its check scanning systems. Talk about serving your formerly print-centric clients (banks and consumers) with technology that creates a bridge to the future. The Deluxe history of recent acquisitions illustrates a deliberate journey from its paper-based origins to a highly diversified company that includes, but is not totally dependent on, printed products.

The process of transitioning from print to digital documents and services is not a new development for Deluxe. In its latest annual report, Deluxe reported that 30% of its $1.8 billion annual revenue was in non-print "marketing and other services." The portion of non-print revenues was even higher, 37%, within its financial services segment. Just last month, Deluxe announced another acquisition, purchasing First Manhattan Consulting Group (FMCG Direct). FMCG is a direct mail and marketing company that serves financial institutions with marketing analytics, proprietary research, and target market segmentation models that drive higher response rates. Creative campaign design and production management round out the service offerings. There is nary a mention of print on the acquired company's website, even though FMCG's final deliverable product is direct mail. Notable for our readers interested in transaction values is the purchase price of $200 million which was reported to be 2.35 to 2.5 times projected 2017 revenues of $80 to $85 million. In another acquisition of a data analytics company that improves marketing programs, and illustrative of its clear strategic acquisition plan, Deluxe acquired Datamyx in 2015.

Meanwhile, the traditional check printing business continues to decline both in revenues and profits, with sales down 7.8% year-over-year for the fourth quarter of 2016. Despite the steady decline in its traditional business, overall company revenues have increased due to the company's acquisitions that are strategically focused on marketing solutions and other related services.

Consumer Web-to-Print
Despite a crowded market in the online photo book printing segment, Utah-based Chatbooks raised $11.5 million in a Series B funding led by Aries Capital Partners, bringing total angel and VC investment in the startup to over $20 million. Founded by a photo-book-worthy mom-and-pop couple with seven children, the company approached the photo book market with two propositions, keep it simple and make it accessible via mobile.

The online photo book printing industry in the U.S. is now estimated to be in excess of $2 billion annually and has been growing at an 11.7% rate with over 850 companies competing one way or another in the segment. In a few short years, the business has become highly competitive; a simple online search reveals a plethora of companies offering deep discounts from list pricing. The largest player in the segment, publicly traded Shutterfly, finished 2016 with over $1 billion in revenue. So how did the Johnny-come-lately startup Chatbooks convince investors to fund another round in a printing service? It may have something to do with the company's brilliant use of online videos featuring a harried mother explaining how simple it is to order their printed photo books. The online videos are a viral phenomenon, driving viewers via social media to their website and ultimately enough folks load the mobile app and begin ordering printed photo books. 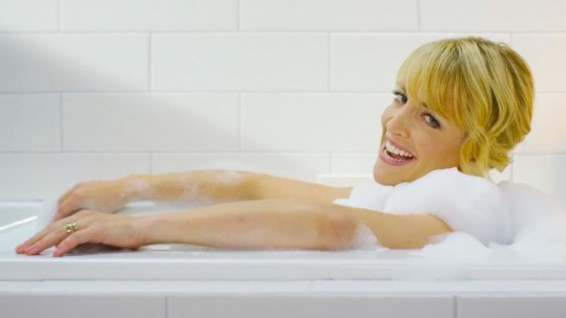 Commercial Printing - Diversified Services
Orora, the Australian company that has entered the retail display segment in a big way over the past year continued its acquisition spree in February, announcing the simultaneous purchase of the Garvey Group based in Niles, Ill., and Graphic Tech in Fullerton, Calif. While not announcing the price paid separately for each company, Orora did reveal that the combined price was $54 million which represents a multiple of 5.8 times trailing EBITDA. In what appears to be an Orora transaction signature bonus payment, the sellers were reimbursed an additional $5 million for recent capital investments, bringing the effective multiple paid to 6.3 times EBITDA.

Orora has ignited interest and established a valuation benchmark in the retail display and point-of-purchase segment, having only last month acquired Register Print Group in New Jersey at 6.2 times EBITDA including reimbursed capex (see The Target Report - January 2017). These recent acquisitions are in addition to the beachhead Orora established in March 2016, entering the US display printing segment with the acquisition of Dallas-based IntegraColor at a multiple of 6.9 times trailing EBITDA.

The stepped-up acquisition activity in the retail display market over the past year began in earnest in January 2016 when Oak Hill Partners acquired Imagine! Print Solutions which reported revenues in excess of $303 million. (for more about the market for companies in the POP printing segment, see The Target Report - January 2016).

In the more generalized commercial printing segment, Henry Wurst, a $70 million printing company in Kansas City, reached across to the other side of Missouri and acquired St. Louis-based Universal Printing Company which most recently reported $40 million in sales. Production will be consolidated in the Kansas City location, with some sales and client services remaining in St. Louis. Universal had previously announced its sale to Consolidated Graphics (CGX) back in June 2013 but was left at the alter in an unconsummated deal when CGX was itself acquired by RR Donnelley in October of the same year.