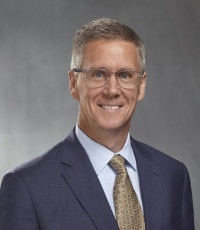 “I am pleased to report that we delivered our second consecutive quarter of organic sales growth as we extend our differentiated capabilities to win new business and fuel growth with our existing clients. And despite an unexpected client bankruptcy-related charge and unfavorable foreign exchange rates, our underlying results for the first quarter of 2018 were in line with our expectations, and we remain on track to deliver our plan for the year,” said Dan Knotts, RRD’s President and Chief Executive Officer. “Our sales growth is directly attributable to the progress we are making in advancing our strategic transformation as a leading marketing and business communications services company. Our new organizational alignment positions us to further leverage our extensive business portfolio to help our clients create better connections with their customers across the full customer journey – from the marketing programs needed to acquire new and repeat customers, to the business communications that service those customers and strengthen the brand over time. Our teams remain focused on executing our cost reduction plans and driving long-term value for our stockholders.”

The following table provides an overview of RRD’s financial performance.

Net sales in the quarter were $1.71 billion, up $48.9 million or 2.9% from the first quarter of 2017. On an organic basis, consolidated net sales increased 1.3% driven by higher volumes in both segments as well as higher fuel surcharges in Business Services, partially offset by price pressure in Business Services. From a products and services perspective, Packaging, Logistics, Direct Mail and Business Process Outsourcing accounted for most of the increase while Commercial Print was down due to ongoing secular pressure and lower specialty card sales.

Gross profit in the first quarter of 2018 was $294.7 million or 17.3% of net sales versus $326.8 million or 19.7% of net sales in the prior year quarter. The favorable impact of volume growth and cost reduction initiatives was more than offset by inflationary increases, primarily in paper and costs of transportation, unfavorable changes in foreign exchange rates, operational inefficiencies due to volume reductions from two clients and modest price pressure.

Cash used in operating activities in 2018 was $140.3 million compared to $5.0 million in the prior year period. The decrease in net cash flow from operating activities primarily related to net unfavorable changes in working capital and higher tax payments. Capital expenditures in 2018 were $21.5 million versus $26.1 million in the prior year period.

During the first quarter of 2018, the Company sold a vacant building in Europe for $12.0 million cash. The resulting pre-tax gain of $4.9 million was recorded as a reversal of a previously recorded impairment charge and is reflected in restructuring and other charges in the Consolidated Statement of Operations.

The Company reaffirms its guidance previously issued on February 27, 2018 as follows: