It appears that the business uncertainty for Chicago-based LSC Communications has come to an end with its announcement on Sept. 15 that LSC entered into a stock and asset purchase agreement with an affiliate of private equity firm Atlas Holdings LLC, with the support of certain of LSC’s secured creditors (creditor group). The transaction, which will take the publicly-held book, catalog, and magazine printing specialist; logistics provider; and office products supplier private, is expected to close in the fourth quarter of 2020.

Under the terms of the purchase agreement, Atlas Holdings will acquire substantially all of LSC's assets, including its operations in Canada and Mexico, through a combination of cash and a credit bid of obligations under the company’s secured term loan facility and senior secured notes at the direction of the secured creditor group. Atlas will also assume certain liabilities of LSC, including — subject to certain prerequisite conditions being satisfied — obligations related to LSC's qualified pension plan. 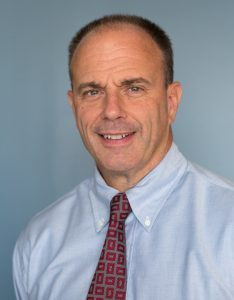 “LSC ran a robust and competitive sale process, and we are pleased to have reached this agreement with Atlas and the creditor group, which we believe represents the best path forward for LSC,” Thomas J. Quinlan III, LSC Communications’ Chairman, President and CEO, said in a news release. (Click here for the entire LSC Form 8-K filing with the Securities and Exchange Commission.)

“We entered into this financial restructuring process in April due to the fundamental changes in our industry and to strengthen LSC’s financial position for the future," Quinlan added. "Through this transaction, we will be able to move ahead with an improved balance sheet and a more sustainable capital structure, enabling LSC to continue investing in our business and building on our strong foundation as a leader in print, mailing and distribution, and office products.”

Greenwich, Conn.-based Atlas Holdings is no stranger to the printing, packaging, and paper industries. Andrew Bursky and Tim Fazio started Atlas in 2002 with the purchase of a small paper mill in rural Indiana that employed 85 people. Today, Atlas and its affiliates own 21 companies that generate more than $6 billion in annual revenues and employ approximately 22,000 people in more than 200 manufacturing and distribution facilities across the globe. Atlas targets underperforming or discontinued operations from corporate sellers, bankruptcy purchases, out-of-court restructurings, and reorganizations.

Its holdings within the paper sector include Finch, a paper manufacturer specializing in uncoated papers; Twin Rivers Paper, a manufacturer of lumber, specialty packaging, label, and publishing papers; Marcal, a paper towel and tissue products manufacturer; and Millar Western, an Alberta-based pulp producer.

In the packaging sector, Atlas holdings include ASG (AGI-Shorewood), a specialized packaging company with facilities in Europe; Novipax, a manufacturer of absorbent pads and expanded polystyrene foam trays for U.S. food processors; and Saxco, a North American distributor of rigid packaging for the wine, spirits, craft beer, and food markets.

“Over the last two decades, our team at Atlas has developed an intimate knowledge of the printing and paper industries and established a reputation for successfully operating industrial businesses in markets experiencing structural challenges. We help our companies solidify their position in core markets while remaining agile in dynamic commercial environments," Timothy Fazio, co-founder and managing partner of Atlas Holdings, pointed out in the same release. "As such, we believe Atlas is the ideal new partner for LSC and the customers they serve.”

As part of the purchase agreement, Atlas Holdings will receive certain deal protections as previously authorized by the U.S. Bankruptcy Court for the Southern District of New York. The transaction is also subject to court approval and to other customary closing conditions, including regulatory approvals.

LSC's acquisition by a private equity firm marks just the latest chapter for the former 2016 RR Donnelley spinoff, which was once one of the printing industry's most active M&A acquirers; was itself almost acquired by Quad/Graphics, until the $1.4 billion deal was scuttled in July 2019 due to a U.S. Department of Justice antitrust lawsuit; and ultimately filed for Chapter 11 bankruptcy protection in April 2020.

It's been a wild ride for LSC's employees, customers, and management team. The new ownership structure will provide LSC more financial stability going forward, once the deal is finalized. But, LSC will surely continue to right-size, especially its long-run publication and catalog manufacturing platform capacity — unfortunately at the expense of some of those same workers who remained loyal.