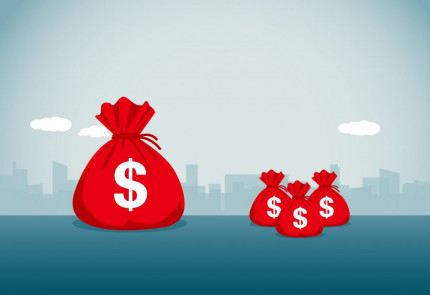 It appears that the M&A battle for control of RR Donnelley & Sons (RRD) — North America's largest commercial printing conglomerate, ranked No. 1 on the most recent Printing Impressions 300 list — has been decided. With the Chicago-based printer's Feb. 2 announcement that the unnamed "strategic buyer" had withdrawn its non-binding and conditional offer to acquire the publicly-held printer for $11.50 per share in cash, RRD's largest bondholder and a 14.99% stock shareholder, Chatham Asset Management, will come out as the victor.

RRD subsequently scheduled a Feb. 23 special virtual shareholder meeting for the purpose of voting on the Chatham acquisition agreement, which the printer says it endorses. The transaction is expected to close in the first quarter of 2022, subject to customary closing conditions, including the approval of RRD stockholders.

RRD Board Didn't Want Chatham as Its Dance Partner

The victory didn't come easy, however. Chatham Asset Management had to fend off fellow private equity firm Atlas Holdings multiple times in a bidding war, as well as file litigation in Delaware Chancery Court against RRD's board of directors and Atlas, to thwart the initial $2.1 billion acquisition agreement reached between RRD and Atlas on Nov. 3, 2021, for $8.52 per share in cash. In what would have been a strange twist of fate, had the RRD/Atlas deal been consummated, it would have reunited LSC Communications with RR Donnelley under the same Atlas Holdings ownership. (RRD and LSC had parted ways in October 2016 when the then-$11.7 billion RR Donnelley split up into three separate, publicly-held companies.)

The initial $2.1 billion acquisition agreement with Atlas also included a clause that RRD would be required to pay a $20 million breakup fee and additional expense reimbursements should the deal fall through. The pact also allowed for a go-shop period, and that's when the mystery strategic buyer came into the picture with an initial $10 per share in cash conditional offer.

A dissident investor that had long been at odds —including a threat to wage a proxy war — with RRD's board of directors and senior leadership, Chatham had actually been the first to make a fully-financed acquisition bid for $7.50 per share in cash. At the time, Chatham also noted it would subordinate its entire debt position, reducing RRD's total debt by 23%.

Little did Chatham know at the time that the bidding war for RRD would really heat up. To counteract the Atlas offer, Chatham raised its offer to $9.10 per share in cash, as well as agreeing to pay the $20 million breakup fee to Atlas. And then, to counteract the strategic buyer offer, Chatham raised its bid to $10.25 per share in cash, plus the Atlas termination payout. This led Atlas to amend its original offer to $10.35 per share in cash, and Atlas and the RRD board raised the termination fee and expense reimbursement that would be payable to Atlas at $32 million.

In response, Chatham increased its offer to $10.85 per share in cash, representing an enterprise deal value of $2.3 billion, and set a Dec. 13, 2021, deadline for acceptance. RRD responded by accepting the Chatham financial buyer offer, contingent on giving Atlas up to Dec. 16 to make a counter-offer, which ultimately was not made.

But that wasn't the end of the story. On Dec. 29, 2021, RRD's board announced it had received a raised non-binding offer from the strategic buyer for $11 per share in cash. As part of its proposal, the strategic buyer also indicated it would pay the $12 million expense reimbursement fee RRD would owe Chatham for terminating their pending acquisition agreement, as well as reimburse Chatham the $20 million termination fee it paid Atlas Holdings on RRD's behalf to terminate their original agreement.

Then, on Jan 3, 2022, RRD announced that the strategic party had raised its bid to $11.50 per share in cash. Although the RRD press release indicated the mystery strategic buyer had substantially performed its due diligence regarding financial, legal, and tax issues, the buyer indicated it had not secured the necessary debt and equity financing, and needed until Feb. 8 to do so.

It appears the buyer wasn't able to put the funding together, leading RRD to announce on Feb. 2 that the strategic party had withdrawn its offer. Officially, no specific reason was given for its withdrawal.

Purely conjecture on this writer's part, but some of the company names that have been floated around the "proverbial industry water cooler" as being the unknown strategic buyer include printing industry heavyweights Quad (although one has to wonder, given the outcome of its previous failed attempt to acquire LSC Communications largely due to antitrust concerns), Taylor Corp., CJK Group, Mittera Group, and even Toppan in Japan. Managed print services provider HH Global, which bought InnerWorkings (John Walter, former RRD chairman, was also once the chairman of InnerWorkings), is another possibility. Only time will tell if it's ever revealed that it was one of these companies, or perhaps another entity entirely.

Not the Only Turmoil RRD Involved In

Amidst all of the M&A drama and subsequent filings with the SEC, RRD has also been involved in a ransomware cyberattack that led to a data breach. RRD disclosed in a SEC 8-K filing on Dec. 27, 2021, that it "implemented a series of containment measures to address this situation, including activating its incident response protocols, shutting down its servers and systems, and commencing a forensic investigation." An outside cybersecurity expert and law enforcement were also brought on board to help investigate.

BleepingComputer indicated RRD suffered a Conti ransomware attack. As an aside, Shutterfly reportedly suffered a similar attack around the same time frame, according to the same website.

A Seeking Alpha report also indicated that the RRD hack may have led to some website and printing services disruptions at both Fidelity and Vanguard, which presumed that RRD was the third party, back-end provider.

Known under the pseudonym Wizard Spider and thought to be based in Saint Petersburg , Russia, the Conti group is also known to target corporations that are caught up in the midst of M&A negotiations — presumably to be better positioned to achieve their extortion attempt demands.

While it's not known how RRD ultimately responded to the cyberattacker, it certainly did come at a time when the printer's board of directors and senior executive team had their hands full trying to determine and navigate the future ownership of their company.