RRD Board to Pursue Atlas Offer, Despite Higher Bids from Chatham and Unnamed 'Strategic Party' 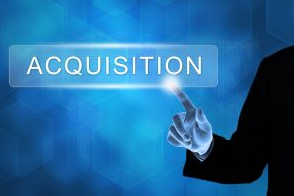 It appears that, for now, the board of directors at North America's largest commercial printing company, RR Donnelley (RRD), has chosen its preferred dance partner, despite what appears to be — on the surface anyway — higher per share bids from two other suitors.

RRD announced today that the "go-shop" period in which it could entertain higher takeover bids, as part of the terms of its acquisition agreement with private equity firm Atlas Holdings, has expired. Aside from the unsolicited proposal RRD received earlier from Chatham Asset Management — its largest bondholder and a major shareholder —  on Nov. 16, 2021, to acquire all of the outstanding shares of RRD not already owned by Chatham for $9.10 per share in cash, RRD revealed it also received an alternative acquisition proposal during its go-shop” process from an unnamed "strategic party" for $10.00 per share in cash, subject to certain terms and conditions.

On Nov. 28, 2021, the RRD board determined, after consultation with its outside financial advisor and legal counsel, "that each of the Chatham proposal and go-shop proposal would reasonably be expected to lead to a 'Superior Proposal' (as defined in the Atlas merger agreement), thereby making each of Chatham and such strategic party an 'Excluded Party' under the terms of the Atlas merger agreement.

"At this time, the board has not determined that the Chatham proposal or the go-shop proposal constitutes a 'Superior Proposal,' and there can be no assurances that a transaction will result from either proposal or that any alternative transaction will be entered into or consummated," RRD indicated in a prepared statement.

As part of its $2.1 billion agreement with Atlas Holdings, Chicago-based RRD would be required to pay a $20 million termination fee and expense reimbursement to Atlas if it terminates their signed agreement in order to enter into a definitive merger agreement with respect to either the Chatham proposal or the unnamed proposal received during the go-shop period by 11:59 p.m. (Chicago time) on Dec. 9, 2021.

RRD did acknowledge that, in the case of the Chatham takeover proposal, the Chatham, New Jersey-based private equity firm has agreed to pay the termination fee and expense reimbursement to Atlas on RRD's behalf if RRD were to work out a definitive merger deal with them.

Atlas Holdings is no stranger to the printing, paper, and packaging industries. Among its many existing holdings, Atlas already owns book and publication printing powerhouse LSC Communications/Lakeside Book, as well as paper manufacturers Finch Paper, Twin Rivers Paper, and Millar Western. (Atlas is also still in negotiations to acquire coated paper manufacturer Verso Paper, after making an unsolicited bid of $20 per share on July 11, 2021.

In its Nov. 29 statement, RRD further indicated it does not intend to disclose developments with respect to this process, unless and until it determines it is appropriate to do so, subject to the terms of the Atlas merger agreement.

RRD Board Responds to Its Other Suitor, Chatham