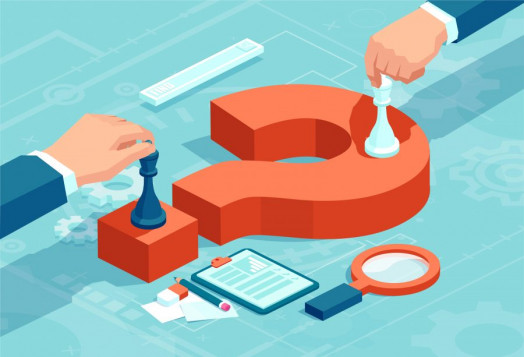 The chess match to acquire RRD continues, but this time around in competing bids between Chatham Asset Management and an unnamed strategic party.

But not so fast. Another bidder has re-entered the fray. On Dec. 29, 2021, RRD announced the receipt of an unsolicited non-binding alternative proposal from a yet-undisclosed strategic party to acquire all of the outstanding shares of RRD’s common stock for $11 per share in cash, subject to certain terms and conditions. As part of its proposal, the strategic buyer also indicated it would pay the $12 million expense reimbursement fee RRD would owe Chatham for terminating their pending acquisition agreement, as well as reimburse Chatham the $20 million termination fee it paid Atlas Holdings on RRD's behalf to terminate their original agreement.

It's not the first time the unnamed entity had approached RRD with an offer; on Nov. 27, 2021, it submitted a non-binding proposal to buy RRD’s common stock for $10 share in cash, subject to other terms and conditions. But that was the last time the strategic buyer was mentioned publicly ... until now.

With this newer offer in hand, RRD's board of directors determined — after consultation with its outside financial advisor and legal counsel — that the strategic party proposal would reasonably be expected to lead to a “Superior Proposal." With that said, the board did affirm there can be no assurances that a transaction will result from the strategic party proposal, or that any alternative transaction will be entered into or eventually consummated.

Either way, Chatham Asset Management is not standing still. In announcing the new bidder, RRD also confirmed the receipt of a letter from Chatham regarding the strategic party proposal. In the letter, Chatham stated its belief to the RRD board this latest offer does not constitute, and would not reasonably be expected to lead to, a Superior Proposal, and that a conclusion otherwise by the board would be a breach of the company’s obligations under its acquisition agreement with Chatham.

Chatham further stated its belief that RRD's board is not permitted to engage in negotiations or discussions with, or to furnish nonpublic information or data to, the strategic party.

This latest development will likely rekindle the pending lawsuit (or lead to a new one) Chatham had filed earlier in the Delaware Court of Chancery against the RRD board of directors to uphold its fiduciary responsibility to broker the best deal for shareholders. At that time, Chatham requested that the court declare the Atlas termination fee and certain other provisions of the Atlas merger agreement unenforceable, cause RRD to redeem its poison pill, and waive certain provisions of Delaware law that could prevent Chatham from taking its offer directly to stockholders through a third-party tender offer.

A shareholder proxy vote will be forthcoming should the existing $10.85 per share in cash M&A deal with Chatham ultimately proceed as agreed. This special virtual shareholder meeting would be put on hold, however, if RRD severs that agreement and reaches an acquisition deal with the mystery strategic buyer, which it refers to simply as "Party C." This, in turn, could also lead Chatham to raise its acquisition bid, yet again, to surpass Party C's proposed $11 per share cash offer.

As of now, the victor is still yet to be determined.

Related story: RRD to be Acquired by Chatham Asset Management for $10.85 Per Share in Cash