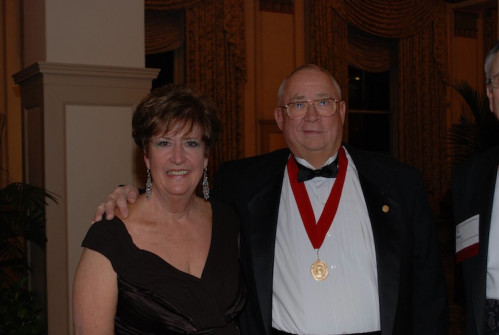 For many years before his retirement, Jim Mayes Jr. owned and operated Colorcraft of Virginia.

WARRENDALE, Pa. — March 17, 2016 — Printing Industries of America mourns the loss of one of its longtime allies, James (Jim) Mayes Jr. Recognized as a faithful supporter and vocal advocate of the printing industry, he leaves behind an indelible mark.

Mayes owned and operated Colorcraft of Virginia for many years prior to his retirement. He was exceptionally active in Printing Industries of Virginia (PIVA), Print & Graphics Association of the Mid-Atlantic (PGAMA) and Printing Industries of America (PIA). Mayes served on several committees within all three organizations, chairing both the PIA and PIVA organizations during his career.

His most recent tenure was spent as the chair of the PIA’s Premier Print Awards, a position he whole-heartedly embraced. Mayes' spirit will continue on in the many young people he introduced to the printing industry through his vigorous support of printing educational programs, including Print and Graphics Scholarship Foundation and the Monroe Technology Center.

“Today is a very sad day for America’s printing industry as one of its greatest left this Earth. Jim Mayes was one of the most passionate promoters of print in the industry,” offers Michael Makin, president and CEO of Printing Industries of America, upon hearing of his passing. “He was a consummate gentleman, champion of education, proponent of research and ambassador of print awards from coast to coast. He will be sorely missed and PIA extends its heartfelt condolences to his wife Kathy, daughters Michelle and Meredith, and his grandchildren.”

A funeral service will be conducted, Saturday, March 19, 2016, in Palmyra, Va. Friends and family may leave remembrances at the Thacker Brothers website. In lieu of flowers, the family requests that memorial contributions be made to the Jim Mayes Memorial Scholarship Fund at Monroe Technology Center, 715 Childrens Center Road, Leesburg, VA 20175, Attention: Janice Lee.