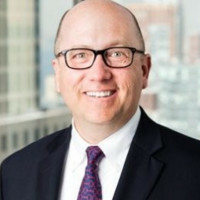 Deluxe Corporation recently made a bold and unprecedented move for the company, investing in its future by making every North American employee a company shareholder. Newly appointed Deluxe President and Chief Executive Officer Barry C. McCarthy announced the news via live broadcast to thousands of employees earlier in the second quarter.

“One of my most important early goals was to begin the cultural transformation from a traditional manufacturing company to become a more tech-like company, driving innovation with constant reinvention,” McCarthy said. “I set the aspiration for us to become a Trusted, Tech-Enabled Solutions Company. A hallmark of tech companies is an ownership culture.”

In order to drive the company toward an ownership culture, McCarthy and the Deluxe Board of Directors wanted to align employees and shareholder interests around share price appreciation. To achieve this objective, Deluxe sought to emulate other tech companies by sharing equity with all employees, an important step in the company’s continued transformation.

Each North American employee received a stock grant in Q2, kicking off Owner’s Week, which both celebrated and educated employees about their new roles and responsibilities as shareholders. Deluxe employees have been encouraged to make decisions “like owners,” focusing on ways to better serve the company’s 4.8 million small business customers and approximately 4,600 financial services customers. Deluxe also launched a multi-platform educational effort to ensure that employees across the board had ongoing access to information about owning stock.

“Tech companies think and act differently. Employees with a vested interest in the company benefit more directly when the company thrives,” McCarthy said. “Part of the message our Board of Directors and I wanted to send is that we are a New Deluxe, that we are one company working together. This is really central to our transformation process.”

The stock grant aligns the goals of employees and shareholders to encourage the drive toward growth, profitable return on investment and the company’s sustained success. The initiative is designed to accelerate Deluxe’s transformation into a trusted, tech-enabled solutions company, serving enterprises, small businesses and financial institutions.

In the past six months, since McCarthy was named President and CEO, Deluxe has unveiled a new go-to-market strategy that is designed to move Deluxe from being a company of companies to a company of products. Additionally, the company announced its shift from mergers and acquisitions (M&A) driven growth to organic sales driven growth, supplemented by M&A. Deluxe announced its intention to target four areas: Cloud, Payments, Promotional Products and Checks. Since joining Deluxe, McCarthy has hosted a customer conference with 600 customers; spearheaded development of new employee values; and developed long-term relationships with some of the nation’s leading brands.