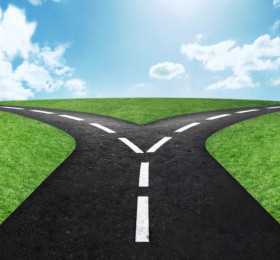 Xerox and HP will now be going their separate directions.

Just as the COVID-19 outbreak has brought many "nonessential" business activities to a standstill within a growing list of states — and created financial uncertainty both on Wall Street and on Main Street — it has also put a deep freeze on impending M&A mega-deals. So, in the end, the novel coronavirus has scuttled Xerox Holdings' $34.9 billion, $24 per share (comprising $18.40 in cash and 0.149 Xerox shares for each HP share) unsolicited, hostile takeover attempt of HP Inc.

In what had been an ongoing war of publicly released letters by both sides in attempts to sway shareholder sentiments, the slugfest between the two iconic brands finally ended March 31, 2020, with a whimper. In a brief statement, Xerox pointed to the obvious: the current global health crisis, and resulting macroeconomic and market turmoil caused by COVID-19, have created an environment that is not conducive to continuing to pursue an acquisition of HP Inc. "Accordingly, we are withdrawing our tender offer to acquire HP and will no longer seek to nominate our slate of highly qualified candidates to HP’s board of directors," the statement indicated.

"While it is disappointing to take this step, we are prioritizing the health, safety and well-being of our employees, customers, partners and other stakeholders, and our broader response to the pandemic, over and above all other considerations."

Xerox still used the statement one last time to make its case why the deal made sense, even knowing it was in vain at this point. "There remain compelling long-term financial and strategic benefits from combining Xerox and HP. The refusal of HP’s board to meaningfully engage over many months and its continued delay tactics have proven to be a great disservice to HP stockholders, who have shown tremendous support for the transaction.

"Xerox's board of directors and management team are grateful for the significant backing we received from both Xerox and HP stockholders throughout this process. We thank the talented individuals who agreed to stand for election to the HP board, making time in their busy schedules to take on this responsibility when HP’s existing board did not. And finally, we thank the banks who agreed to finance this acquisition, who never wavered in their commitments, even during the market turmoil caused by COVID-19."

In response, HP issued its own shortly worded statement: "We remain firmly committed to driving value for HP shareholders. HP is a strong company with market leading positions across Personal Systems, Print, and 3D Printing & Digital Manufacturing. We have a healthy cash position and balance sheet that enable us to navigate unanticipated challenges such as the global pandemic now before us, while preserving strategic optionality for the future.

"Our focus remains on addressing the needs of our ecosystem of stakeholders around the world, ensuring that we build on our strength and resiliency throughout this crisis and position the business for the opportunities ahead. HP would like to thank our shareholders, partners, customers and employees for their input and continued support through this process," the statement concluded.

Commentary on What It Means for Both Firms, Carl Icahn, and the Printing Industry in General

Unfortunately, it may have taken the COVID-19 outbreak to finally put Xerox's acquisition attempt of HP on life support, but at least it brings closure to the saga — and now both companies can move on in responding to a far bigger crisis impacting businesses of all sizes, and in all industries. The lingering hostile takeover attempt — and the uncertainty that it created — was also unnerving for employees of both companies and was certainly bad for their respective customer bases.

And, as I stated in a previous commentary, the ongoing battle was bad for the printing industry overall from the standpoint of mainstream media coverage. When reporting about the deal, journalists, and many of the talking head financial analysts they interviewed with little true knowledge of the graphic arts industry, couldn't seem to resist taking pot shots on how the printing industry is dying — and in describing both HP and Xerox as two sinking ships or as two dinosaurs heading toward extinction.

It appears, too, that major Xerox shareholder and billionaire activist investor Carl Icahn comes out a loser — something that doesn't happen to the Wall Street hedge fund titan and corporate raider very often. He already held a 10.85% controlling stock ownership stake in Xerox and later acquired a 4.24% ownership position in HP. Ultimately, both investments haven't paid off for him financially. As the old saying goes, you can't time the financial markets but, in defense to Icahn, few people could have predicted the coronavirus storm that was forming.

It also puts HP in a tight spot, with all of the payouts and buybacks it had promised to win HP shareholders over. Aside from adopting a "poison pill" to thwart Icahn and other large institutional investor groups, HP executive announced a "Strategic & Financial Plan for Value Creation" on Feb. 24 to buy back $15 billion worth of HP shares during the next three years (up from $5 billion authorized in October 2019), including acquiring at least $8 billion worth of shares in the 12 months following its 2020 annual shareholder meeting.

HP said it also intends to generate additional ongoing productivity improvements of at least $1 billion by fiscal 2022, making the total return to shareholders valued at more than $16 billion, which represents about half of HP's (then) market capitalization.

Now that Xerox is no longer a suitor, it will be interesting to see if HP still has to deliver on those shareholder promises.