The board of directors at Xerox Holdings likely felt it got one step closer to expediting mutual due diligence discussions with HP Inc.'s board of directors after securing the backing to finance its unsolicited, $33.5 billion cash-and-stock acquisition offer for HP. It wasn't the case; Xerox was again rebuffed in a terse response.

As Printing Impressions reported earlier, Xerox Vice Chairman and CEO John Visentin sent, and made public, a letter to HP's board on Jan. 6, announcing that Xerox had obtained $24 billion in binding financing commitments from Citi, Mizuho, and Bank of America to complete its proposed deal.

But just two days later on Jan. 8, HP's board publicly replied to Visentin, "No deal!" Signed by HP CEO Enrique Lores and HP Chairman of the Board Chip Bergh, HP's letter reiterated that the offer still undervalues the true market value of what HP is worth. It read: 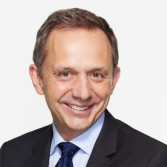 We reiterate that the HP Board of Directors’ focus is on driving sustainable long-term value for HP shareholders. Your letter dated January 6, 2020 regarding financing does not address the key issue – that Xerox’s proposal significantly undervalues HP – and is not a basis for discussion. The HP Board of Directors remains committed to advancing the best interests of all HP shareholders and to pursuing the most value-creating opportunities.

On behalf of the Board of Directors,

Xerox's current $33.5 billion cash-and-stock offer — which would combine the $8.7 billion Xerox with the $58.1 billion HP Inc. into a $66.8 billion in revenue business — comprises $17 per share in cash and the reminder in stock. Xerox claims this amounts to a proforma implied value of $31 per share to HP shareholders, and says that HP shareholders would own about 48% of the combined company.

However, HP's board contends the offer is not enough to bring HP to the bargaining table for due diligence discussions.

In response to HP management opposition, Xerox Holdings and activist investor Carl Icahn — who owns major positions in both companies — have already mounted a hostile takeover attempt by appealing directly to major HP shareholders to pressure HP's board to accept Xerox's existing — or perhaps a sweetened — offer.

My take: While this continued barrage of tit-for-tat public letters makes for plenty of media headlines nationally, it's not the kind of coverage our industry needs within mainstream and financial news outlets. Unfortunately, many of these same news stories also make reference to "the dying printing industry" or describe the deal as the "potential coupling of two printing dinosaurs that have both seen better days" selling copiers and desktop printers.

In addition, these same journalists and financial analysts lack any kind of understanding of either company's role within the burgeoning digital production printing market, as well as the huge market growth potential that inkjet technology creates to print on virtually any substrate or object imaginable.

Even worse, it leaves printing industry executives hanging in precarious positions. "What vendor do I partner with?" "Should I purchase or lease an iGen or HP Indigo digital press, given the current uncertainty that exists over each company's future?" "Will this potential Xerox/HP consolidation spur other digital equipment suppliers to join forces?"

Similar to the financial markets when it comes to consumer spending, interest rate stability, and corporate earnings, market uncertainty within our industry hampers printers' proper business planning and curtails their CAPEX investment decisions.

For the overall good of the printing industry, the sooner this Xerox-HP saga gets resolved one way or the other, the better.

That's my take. What do you think?