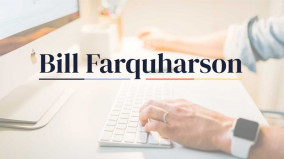 Companies spend thousands or even tens of thousands of dollars on trade shows. Prospects wander by their booth, perhaps stop in, drop off a card, leave their contact information or have their QR codes scanned, and then leave after saying, “Call me when I get back to the office next week and let’s talk.”

As anyone who has done a trade show will tell you, it is very difficult to get someone to fulfill that promise. Whether they are dodging the call or are legitimately busy doing something else, getting that same person to pick up the phone is a difficult task.

Years ago, I was challenged by the trade show team of a Montana-based printing company to solve this issue for them. There was lots of interest, but very few connections.

And there was no shortage of frustration.

I slept on the question and then came up with this: “When someone is standing in front of you at your booth, get them to pinky swear they will pick up the phone when you call.”

I remember giving the team that advice and seeing nervous eyes dart across the room as they looked at each other and wondered if I was either crazy or dangerous.

Later that summer, when I returned to the plant, those same people tracked me down to say they had an 85% connection rate at the ASI show thanks to that silly idea.

Maybe it’s the personal connection or maybe it’s because it’s different, but people take the pinky swear more seriously than they do their own word.

Every sales challenge you’re facing has been solved by someone else. Find ideas, inspiration, and continuous sales growth through The Sales Vault community. For more information, go to SalesVault.pro. I can be reached at 781-934-7036 or bill@salesvault.pro.