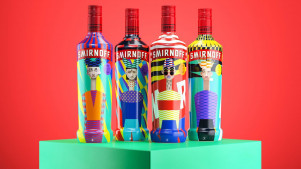 A couple of weeks ago, creative professionals ascended en masse to Los Angeles Convention Center for Adobe’s annual gathering known as Adobe MAX. The event was part learning, networking, and entertaining and attended by over 14,000 creatives. Although Adobe grew up with the digitization of the printing industry, and Creative Cloud and PDF are mainstays, many in our industry may have missed some of the bigger news from MAX. In fear of being the 1,574tharticle written about the conference (apparently 1,573 were written for the 2017 event), here’s what matters to the print community. 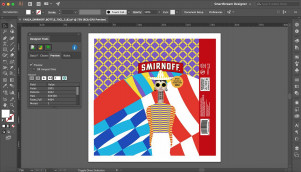 The most interesting announcement at MAX for print came from HP’s release of SmartStream Design for Designers (D4D), billed as a suite of “light” design solutions that designers can use to add variability to text, color, and images. The Adobe Illustrator plug-in, available for free download on the Adobe Exchange site, is a simplified version of HP SmartStream Designer. The tool allows designers to create up to 20 variations on any design as demonstrated by the Smirnoff labels created by designer Eva Yarza. The move will give designers an entry point to quickly create customized designs that could then be printed on HP Indigo presses. Watch the video series on YouTube.

Adobe Sneaks for Fonts and Packaging

“Sneaks” are sneak peeks into various projects that Adobe is working on that may one day appear in one of their products. The three sneaks that caught my attention were related to packaging, fonts and textiles.

Creative and print professionals, along with print vendors and software developers, must pay attention to the developments originating at Adobe MAX conferences. It provides a glimpse into today’s advancements and future technologies that will definitely impact, or possibly disrupt, our industry going forward.