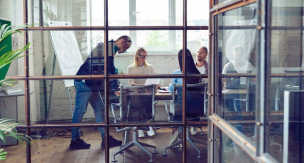 Xerox announced that shareholders approved its proposal to adopt the merger agreement pursuant to which Xerox expects to implement a holding company reorganization.

Holders of approximately 99.7% of common shares present and voting at Xerox’s annual meeting, representing approximately 77% of the company’s total outstanding common shares, voted in favor of the proposal. The final voting results for the annual meeting will be reported in a Form 8-K that Xerox will file with the Securities and Exchange Commission.

Following the closing, it is expected that the common stock of the holding company will trade on the New York Stock Exchange under Xerox’s current trading symbol, “XRX.” In addition, to eliminate duplicative administrative requirements and costs, Xerox has notified NYSE Chicago that it intends to voluntarily delist Xerox common stock from trading on NYSE Chicago immediately prior to completion of the holding company reorganization.