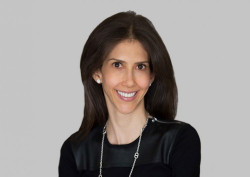 Xerox Holdings Corporation announced the appointment of Nicole Torraco as senior vice president and chief strategy and M&A officer. In this newly created role, she reports to John Visentin, vice chairman and CEO of Xerox, and serves as a corporate officer.

“Nicole brings a rare combination of financial acumen and entrepreneurship, with an impressive record of identifying strategic opportunities that deliver value,” said Visentin. “Xerox has built a strong M&A pipeline and has a disciplined approach to making acquisitions that allows us to accelerate growth while managing risk.”

Torraco joined Xerox in May 2018, and under her leadership, Xerox has closed several acquisitions including Vader Systems, Heritage Business Systems, Rabbit Office Automation, and Arena Group. Prior to joining Xerox, she spent over a decade in the hedge fund industry, most recently at Onex Corp. and Babson Capital, and worked in both restructuring and M&A at Rothschild and Gleacher & Co.

“Xerox is going through a rapid and unprecedented transformation. Our rigorous approach to M&A and focus on targeted growth opportunities allow us to deliver value for all our stakeholders,” said Torraco.