The Jeff Jacobson era as CEO of Xerox Corp. has proven to be a short one. Named the successor to former CEO Ursula Burns effective Jan. 1, 2017, the longtime graphic arts industry executive resigned yesterday as part of a sweeping agreement reached with dissident Xerox shareholders Carl Icahn and Darwin Deason. The pact will resolve the pending proxy contest in connection with the upcoming Xerox 2018 annual meeting of shareholders, as well as the activist investors' ongoing litigation against Xerox and its board of directors related to the company’s proposed combination with Fuji Xerox.

The agreement puts the proposed $6.1 billion acquisition of Xerox by Fujifilm Holdings in peril and creates a new hand-picked Xerox senior management team and board of directors with strong ties to Icahn. As the first and third largest Xerox shareholders, respectively, Icahn and Deason own a combined 15% stake in the company.

The new Xerox board of directors plans to meet immediately to, among other things, begin a process to evaluate all strategic alternatives, including terminating or restructuring Xerox’s Fuji Xerox relationship, and the proposed sale of Xerox to Fujifilm.

But, based on a statement issued from billionaire investor and Xerox's largest shareholder, Carl Icahn, it appears that the negotiations with Fujifilm Holdings over its proposed acquisition agreement to acquire Xerox, as well as the status and financial terms surrounding the long-running Fuji Xerox partnership in the Far East and Pacific Rim, will be contentious going forward.

"We believe Friday’s decision and this agreement mark a watershed moment for corporate governance generally and for Xerox specifically," said Icahn. "With new leadership in place, we believe Xerox will be much better positioned to take advantage of multiple potential value-enhancing opportunities, including restructuring its relationship with Fujifilm, our supposed “partner” whose conduct over the last year is more unbelievable than what you see on fictional TV shows like 'House of Cards' or 'Billions'. Thanks to our efforts and the courage and conviction of Darwin Deason, this is once again an exciting time to be a Xerox stakeholder.”

Fuji's acquisition of Xerox hit a setback last Friday after Judge Barry Ostrager, of the Supreme Court of State of New York, County of New York, ruled in favor of the two activist investors. Deason, with a reported $600 million investment in Xerox, filed a lawsuit last month opposing the deal and seeking the rights to nominate his own slate of Xerox board of directors in advance of the 2018 Xerox annual shareholder meeting. The judge agreed to temporarily block the transaction (click here to read the complete ruling) and authorized Deason to nominate his own slate of Xerox board members (which has now been resolved by yesterday's agreement). 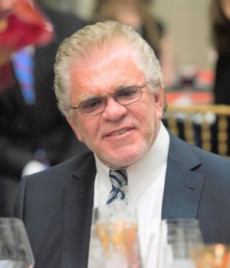 Deason was elated that Xerox had reached an agreement with he and Icahn, acquiescing to their demands and avoiding litigation. “The future for Xerox is extremely bright. With John Visentin at the helm, receiving support and guidance from Carl Icahn and me, I am confident the alternatives for Xerox and its shareholders will be fully and expeditiously maximized. John is the right leader at the right time for Xerox," he said.

The Xerox-Fuji pact, the court said, also stipulated that once the companies had merged, the now-departed Jacobson would become CEO of the combined company, to be called Fuji Xerox. In addition, five existing Xerox directors - plus Jacobson - would have become members of the 12-person board of directors of the combined company. Those Xerox board members were also guaranteed that they would maintain their directorship positions in the new company for a minimum of five years.

Xerox CEO Jeff Jacobson Was at Center of Controversy 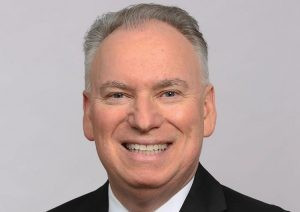 Jeff Jacobson, who resigned as Xerox CEO yesterday, served as the main representative in the negotiations between Xerox and Fuji.

"The lynchpin of this court's decision turns on the conduct of Xerox CEO Jeff Jacobson in the time frame preceding the [Xerox] board's approval of a transaction that granted control of an iconic American company to Fuji without any cash payment by Fuji to Xerox shareholders, and the board's acquiescence in Jacobson's conduct," the judge said in his ruling.

According to the court documents, Jacobson was in negotiations with senior Fuji executives during the summer of 2017 about a possible transaction. But, around that same time, Xerox's board launched a search committee to find a replacement CEO. In November, they selected Visentin, (who will now become Xerox CEO) and indicated a start date for him of Dec. 11, 2017.

On Nov. 10, 2017, Keegan, Xerox's chairman of the board, reportedly advised Jacobson that he might be replaced and also instructed him that the Xerox board had decided that he should desist from further pursuing a deal with Fuji, the court indicated. However, Keegan authorized Jacobson to meet with Fuji on Nov. 14 (without notifying the entire Xerox board) and then allowed for him to travel to Japan for a Nov. 21 followup meeting that ultimately led to Fuji providing a term sheet on Nov. 30, which outlined its formal acquisition proposal.

"The facts adduced at the evidentiary hearing clearly show that Jacobson, having been told on Nov. 10 that the board was actively seeking a new CEO to replace him, was hopelessly conflicted during his negotiation of a strategic acquisition transaction that would result in a combined entity of which he would become CEO," the court said.

Following yesterday's agreement announcement the outgoing Xerox board of directors issued a statement on why they chose to settle with Icahn and Deason: “After careful consideration of shareholders’ feedback on the proposed combination with Fuji Xerox, Xerox approached Fujifilm regarding a potential increase in consideration to be received by Xerox shareholders. As yet, Fujifilm has not made a proposal to enhance the transaction terms.

"Following the court’s decision last [Friday] to enjoin Xerox’s proposed combination with Fuji Xerox, the board considered the significant risk and uncertainty of a prolonged litigation, during which the company would be prohibited from negotiating with Fujifilm, as well as the potential instability and business disruption during a proxy contest.

"As a result, the Xerox board of directors determined that an immediate resolution of the pending litigation and proxy contest is in the best interest of our company and all stakeholders."

As part of yesterday's agreement, Xerox and Icahn will withdraw their respective nominations of any other director candidates for election at the 2018 annual shareholder meeting, which has now been postposed to a later date. However, the agreement does not impact legal claims that Deason still has filed against Fuji regarding its acquisition negotiations with Xerox, for what he contends were "aiding and abetting."

Bios of New Xerox Chairman of the Board and New CEO

He has been a director of: Tropicana Entertainment, a company that is primarily engaged in the business of owning and operating casinos and resorts, since February 2014; and Icahn Enterprises L.P., since September 2012. In addition, Cozza serves as a director of certain wholly-owned subsidiaries of Icahn Enterprises L.P., including: Federal-Mogul Holdings LLC (formerly known as Federal-Mogul Holdings ), a supplier of automotive power train and safety components; Icahn Automotive Group LLC, an automotive parts installer, retailer and distributor; and PSC Metals, a metal recycling company.

Cozza was previously: a director of Herbalife Ltd., a nutrition company, from April 2013 to April 2018; a member of the executive committee of American Railcar Leasing LLC, a lessor and seller of specialized railroad tank and covered hopper railcars, from June 2014 to June 2017; a director of FCX Oil & Gas, a wholly-owned subsidiary of Freeport-McMoRan Inc., from October 2015 to April 2016; a director of CVR Refining, LP, an independent downstream energy limited partnership, from January 2013 to February 2014; and a director of MGM Holdings., an entertainment company focused on the production and distribution of film and television content, from April 2012 to August 2012.

Cozza holds a B.S. in accounting from the University of Dayton.

Giovanni (“John”) Visentin  was a senior advisor to the chairman of Exela Technologies and an operating partner for Advent International, where he provided advice, analysis and assistance with respect to operational and strategic business matters in the due diligence and evaluation of investment opportunities.

Visentin was also a consultant to Icahn Capital in connection with a proxy contest at Xerox Corp. from March 2018 to April 2018. In October 2013, he was named executive chairman and CEO of Novitex Enterprise Solutions following the acquisition of Pitney Bowes Management Services by funds affiliated with Apollo Global Management. In July 2017, Novitex closed on a business combination with SourceHOV, LLC and Quinpario Acquisition Corp. 2 to form Exela Technologies, becoming one of the largest global providers of transaction processing and enterprise information management solutions.

Visentin was previously an advisor with Apollo Global Management and contributed to its February 2015 acquisition of Presidio, a  provider of professional and managed services for advanced IT solutions, where he was chairman of the board of directors from February 2015 to November 2017.

He has managed multibillion-dollar business units in the IT services industry (at each of Hewlett-Packard and IBM). Visentin graduated from Concordia University in Montreal with a bachelor of commerce.