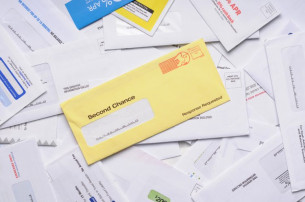 Sadly, for NAC there will be no second chance. Credit: Getty Images

North American Communications (NAC), a printing, mailing and fulfillment operation that billed itself as one of the largest bi-national, fully integrated direct mail printing operations in North America, suddenly closed its Duncansville, Pa., headquarters location on Monday, May 20, resulting in job losses for the 201 employees who worked at the 180,000-sq.-ft. Duncansville production facility.

In an exclusive interview with Printing Impressions earlier today, NAC President Rob Herman and CEO Nick Robinson explained what ultimately necessitated the complete shutdown of the company. In essence, they indicated there were two mitigating factors that led to the inability of NAC to secure adequate capital to continue its operations.

In March, NAC had closed its larger Juárez, Mexico, cross-border direct mail and fulfillment operation located in the Borderplex region across from El Paso, Texas, which employed about 650 workers. NAC was in the process of moving that work and production capacity to its Duncansville headquarters, which proved to be a very expensive initiative. According to Rob Herman, the consolidation plans required a significant infusion of capital to shore up the Duncansville location to handle the extra production, but NAC found itself unable to attract the adequate outside capital needed to do so.

Ironically, NAC's international footprint in Mexico —which at one time was viewed in the marketplace and by its clientele as a competitive advantage — had become a major liability in recent years, due to customer concerns about the political climate in Washington and the ongoing upheaval over trade relations, tariffs and the potential for border closures between the U.S. and Mexico. "Our international footprint was a benefit at one time, but perceptions of a crisis made it difficult and a challenge over the past couple of years (to maintain the Mexican operations)," explained Rob Herman.

Another major, and perhaps the largest, factor in the inability of NAC to secure outside financing — and to execute any possible merger, sale or tuck-in opportunities with other direct mail print providers, rather than just closing — largely hinged around an ongoing family squabble resulting in lawsuits and countersuits that remain in the U.S. District Court of Johnstown, Pa., regarding a severance agreement between NAC and Rob Herman's father, Michael Herman, who co-founded the company with a partner, but exited the business several years ago. According to legal documents filed as part of a civil case and an article in the Altoona Mirror, Michael Herman and his fellow co-founder came under scrutiny from the IRS for personal tax liability, which reportedly led to convictions.

NAC, in turn, had filed a lawsuit against Michael Herman and the other co-founder. As part of the settlement, they agreed to transfer ownership of their interest in the company and to cease any relationship with NAC going forward. In return, as part of Michael Herman's separation agreement with NAC, he was to receive $130,000 per month for 10 years. The agreement included non-compete and non-solicitation clauses, and reportedly also specified that his payments would be subordinate to any outstanding bank or financial indebtedness NAC had, including to Alostar Bank.

But NAC claimed that Michael Herman violated that severance agreement in 2016 when he and two partners founded IFM.US, a direct mail printing and fulfillment operation in New Jersey that competed with NAC. Conversely, Michael Herman and his legal team claim that NAC failed to honor his pension agreement as originally agreed upon and now owes him more than $6 million.

According to Rob Herman and Nick Robinson, this ongoing litigation cast a dark cloud over NAC's ability to secure outside funding or to facilitate any type of sale or M&A transaction with potential suitors. "So, we were forced to close due to the inability to fund our ongoing operations," said Rob Herman. "Our funding became unavailable to us, as well as additional financing we needed to grow the business. We could not continue as a viable business concern."

This forced NAC's sudden closure, including its failure to comply with the WARN Act measure that requires employers with 100 or more employees to give workers and their local community 60 days notice prior to plant closures or major layoffs.

Rob Herman and Robinson added that they have been actively working with fellow direct mail printing industry colleagues — which they described as a fraternity of companies — to ensure that work-in-process for NAC's customers gets transitioned and completed in an orderly manner. They also expressed their admiration for the tight-knit local community of Duncansville and for the Altoona Blair County Development (ABCD) Corp., which they said have rallied around trying to help NAC's displaced workers find new opportunities.

“ABCD Corp. had been working closely with the ownership group in recent months to advance their recent re-shoring plans from Mexico to Blair County," Stephen McNight, ABDC Corp. president and CEO, told the Altoona Mirror. "Their decision to bring those jobs back to Pennsylvania was welcomed but also required significant capital upgrades, equipment purchases and of course a workforce ramp-up," he added, noting that the financial structure needed to continue operations and get NAC to the next level had fallen short.

“While we did everything in our power to mitigate the negative impact of these and other events, in the end, we simply ran out of options,” expressed NAC's Robinson. “This was to be the 40th year of business for NAC, which makes our circumstances and this announcement all the more disheartening.”

"It's unfortunate," agreed Rob Herman. "The clock just ran out on us."