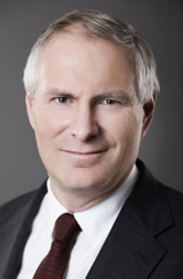 "I am satisfied with our first quarter financial results, which shows that our profitability has increased while we continue the transformation of our organization,” said François Olivier, president and CEO of TC Transcontinental.

"In the printing division, the demand for our retailer-related service offering remained relatively stable. Furthermore, we implemented initiatives aimed at continuously optimizing our printing platform, namely the consolidation of our Québec newspaper printing plants. In addition, we will transfer to Hearst the operations of our California facility as of April 2018. Consequently, we will repatriate state-of-the art equipment to some of our Canadian plants, which will generate synergies mainly starting in 2019.

"In the packaging division, this year's first quarter results were mainly affected by timing differences in purchases at one of our plants, but we anticipate that organic sales growth in 2018 will be similar to 2017. In addition, we pursued in a very active manner a number of promising acquisition opportunities.

"In our Media Sector, we sold 34 local and regional newspapers during the quarter and continued to adjust our costs to our asset base. Overall, the Media Sector's activities performed well.

"Today, with our enviable financial position and significant cash flows, we are, more than ever, well positioned to accelerate the growth of our packaging business."

The increase in demand for our services to Canadian retailers, notably as a result of the additional contribution from the expanded agreement with Lowe's Canada, and the contribution from acquisitions in the packaging division and in the Media Sector partially offset the decline in volume due to the end of the printing of The Globe and Mail  and of La Presse, the decrease in revenues from unsold newspapers in the local and regional newspaper publishing niche in Québec and Ontario in the Media Sector and the timing differences in purchases at one of the packaging plants.

Operating earnings increased by $61.1 million, or 97.9%, from $62.4 million in the first quarter of 2017 to $123.5 million in the first quarter of 2018. This increase is mostly attributable to the favorable effect of the accelerated recognition of deferred revenues, the decrease in operating expenses resulting from the sale of media assets and cost reduction initiatives and the decrease in restructuring and other costs (gains) as a result of higher gains on the sale of certain activities in the Media Sector.

The contribution from acquisitions and the favorable effect of cost reduction initiatives in the printing division and in the local and regional newspaper publishing activities in Québec and Ontario in the Media Sector were offset by the above-mentioned decrease in volume.

For more detailed financial information, please see the Management’s Discussion and Analysis for the first quarter ended January 28, 2018as well as the financial statements in the “Investors” section of our website at www.tc.tc

In the printing division, we expect revenues from all our services to Canadian retailers to remain relatively stable in fiscal 2018 compared to the same period in 2017. At the end of the second quarter, we will no longer see the additional contribution of the expanded agreement with Lowe's Canada to our results, since it has already contributed for four quarters. As a reminder, this agreement concluded in January 2017 remains in effect until 2022.

Also, we have renewed our multi-year agreement with Loblaw Companies Limited. This agreement includes the full range of our retailer-related services as well as additional volume for in-store marketing product printing, premedia services and commercial printing. In all the other printing verticals, we expect that our revenues will continue to be affected by a decline in volume caused by the same trends in the advertising market. We will also stop printing the San Francisco Chronicle in April 2018 pursuant to a new agreement with Hearst.

However, we will continue to offer them transition services until October 31, 2018. To partially offset the decline in volume, we will continue with our operational efficiency initiatives and will benefit from the closure of our Transcontinental Métropolitain plant starting in the second quarter.

In our packaging division, the acquisition of Les Industries Flexipak Inc., completed in October 2017, will contribute to results in fiscal 2018. We also rely on our sales force to continue developing our sales funnel and we expect other sales to materialize in order to achieve an organic sales growth similar to 2017.

In the Media Sector, our revenues will be affected in 2018 by the sale of our media assets related to local and regional newspapers. We expect that our Business and Education Group will continue to perform well by diversifying its revenues in niches that depend little on advertising. We will continue to adjust our cost structure based on the volume of activity as we sell our local and regional newspapers.

The Corporation also expects that the U.S. tax reform, enacted on December 22, 2017, will have a positive effect on its results for the remainder of fiscal 2018 and for the years to come mainly as a result of the reduction in the U.S. federal statutory corporate income tax rate. The significance of this positive effect will depend on the proportion of the Corporation’s earnings generated by its U.S. subsidiaries, which cannot be forecasted with certainty.

To conclude, in fiscal 2018, we expect to continue generating significant cash flows from our operating activities and to maintain our excellent financial position, which should enable us to continue making acquisitions to support our transformation into packaging.