The Target Report: What Did Not Happen 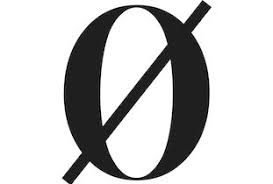 There was a marked decline in transactional activity in June in the printing, packaging and related industry segments. There are many possible reasons why reported M&A activity was down for the month: buyers or sellers were preparing for summer vacation and put off closing their deals, lenders delayed funding as interest rates ticked up, or market participants simply chose to not publicize a transaction.*

Even more notable than the dearth of deals was the number of significant plant closures announced last month. Edwards Brothers Malloy, headquartered in Ann Arbor, Mich., announced the sudden and unexpected shutdown of their extensive book printing operations, closing down completely only two weeks after the announcement. The abrupt decision reportedly was driven by the company’s inability to secure replacement funding or find a buyer for the company after its current lender reduced the company’s credit line.

While management stated that the core problem was a $10 million settlement reached in 2016 to fund a legacy pension liability, we suspect that if the company was otherwise healthy, with reported revenues of $80 million in 2017, a solution could have been devised. Revenues have been declining steadily every year since Edwards Brothers Malloy merged back in 2012. At the time, the two book printing companies reported that their combined revenues were $115 million. As recently as this past February, the company announced the closure of its offset printing facility in Lillington, N.C., without a hint that the final end was near.

Lest the reader of The Target Report think that the demise of Edwards Brothers Malloy presages the decline of the printed book, there are plenty of available statistics that indicate that the number of printed books sold in the US has rebounded from its low in 2012, albeit slightly. What has changed dramatically is how they are sold (online) and increasingly how books are printed (digitally and on-demand).

It was reported that before deciding to close up shop, Edwards Brothers Malloy was negotiating to sell the company’s digital printing divisions which, if carved out, was a $16 million business. The buyer in the failed negotiations was Minnesota-based CJK Group, a very active acquirer in the book printing segment. Apparently, whatever was on the table was insufficient to convince the company’s lender to play along, and the decision was made that liquidation was the best path for maximum recovery.

The CJK Group has been bullish on the book printing business. The company has its roots in Bang Printing, a book printer in Brainerd, Minn. After a series of acquisitions of companies with core competency in book printing, Bang was rebranded at the holding company level as the CJK Group. The holding company acquired Webcrafters in Madison, Wisconsin in December 2017. The purchase of Webcrafters was the second major acquisition for the CJK Group last year when it also acquired The Sheridan Group (see The Target Report – Legacy Printing Companies Fade Into History).

Another industry consolidator focused on the book printing segment is the newly minted Printing Consolidation Company, backed by private equity sponsor Blackford Capital in Grand Rapids, Michigan. In November 2017, Blackford acquired book binding and fulfillment specialist company Kingsport Book which complements the fund’s prior investment inDickinson Press, a printer of religious, educational and business books. Printing Consolidation Company’s CEO is on the hunt for additional acquisitions in the book printing segment, stating “the book printing space in the US is a great market for consolidation.”

Kappa Printing Management Associates announced the closure of the Vanguard Graphics printing company, located just outside of Ithaca, New York. The 200,000-sq.-ft. facility houses a heatset web and sheetfed offset production company that specializes in catalogs, magazines, digest-size booklets, calendars and other commercial printed products. Kappa acquired the company in April 2016 (see The Target Report – A Puzzling Future for Specialty Magazines). The company is scheduled to cease operations at the end of September.

No reason was given publicly for the closure of Vanguard, and Kappa remains a player in the printing industry, with plants in Wisconsin, Indiana and Pennsylvania. The firm’s most recent acquisition, Times Printing, in Random Lakes, Wis., was acquired only one month after the Vanguard acquisition.

Concord Direct, which runs four heatset web presses churning out high volumes of direct mail solicitations has announced the complete closure of its web printing operations. The company made the decision after its major customer, reportedly Publishers Clearing House which represents two thirds of Concord Direct’s printing business, announced that it would be moving its printing to a Midwest printer. Concord Direct will continue operations at its facility in Concord, N.H., with its newly added inkjet press, focusing on smaller, targeted print runs.

Mimeo announced the closure of its printing facility in Newark, N.J., purportedly due to the high tax rates in the Garden State. Mimeo plans to move the production to a location that is more favorable to business, possibly adding to its existing facility in Memphis or starting up a printing facility elsewhere in response to tax incentives.

Initially a symbol of Newark’s renaissance, the opening of the Mimeo printing plant in 2008 was attended by aspiring presidential candidate U.S. Senator Cory Booker, at that time the Mayor of Newark. Mimeo was an early mover in the online on-demand cloud-based print segment, with all-digital printing production, manufactured in centralized plants located near major shipping hubs. The company has attracted HP and Goldman Sachs as investors, among others, and now reports over $100 million in revenues.

While one month does not yet indicate a compelling and clear trend, the lack of robust positive M&A activity in June, combined with multiple significant closures, may be the warning shot over the bow that significant consolidation and industry contraction is in store just over the horizon.

* e.g. Graphic Arts Advisors advised a seller in a transaction that closed in June, however, the buyer has requested that the transaction not be publicized at this time.

Click here for the online version of The Target Report June 2018 for the complete deal logs with additional information and links to sources.