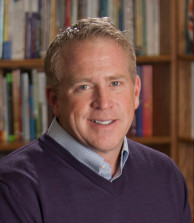 CJK Group, led by CEO Chris Kurtzman, is a largely unknown, low-profile industry conglomerate that's been methodically consolidating the book manufacturing market. But the entity can no longer fly under the radar screen as it sounds another "Bang!" ... no pun intended ... with yet another major M&A transaction. The latest acquisition by Brainerd, Minn.-based Bang Printing and its holding company, CJK Group, is the assets of Webcrafters, a 270-employee, Madison, Wis., printer that caters to the educational publishing community as a manufacturer of textbooks, workbooks, teacher and student guides, and related educational support materials. Terms of the definitive agreement reached between the two privately-held companies were not disclosed.

The agreement to acquire Webcrafters is expected to close on Nov. 1, and teams will be meeting between now and then to strategize, perform due diligence, study operational procedures and analyze potential redundancies, CJK Group VP of Marketing Susan Wiercinski told Printing Impressions earlier today. She said that it's premature at this point to surmise what will lie ahead for the 270-employee, two-facility Webcrafters operation - which has been a fixture in Madison, Wis., for more than 150 years.

Webcrafters was acquired in 1959 and led by its former CEO, John Frautschi - a 2000 Printing Impressions/RIT Printing Industry Hall of Fame inductee - for many years. He passed away March 9, 2017, at age 87. (Click here for the article I wrote following Mr. Frautschi's death about his accomplishments.)

But Wiercinski noted that the Webcrafters board of directors had made the decision to seek a buyer possessing the same approach to employees, customers and community, which ultimately led them to Kurtzman. She said Webcrafters' educational publishing product mix and capabilities will fit nicely with the offerings of Hess Printing, and that Kurtzman's goal is to create a best-in-class, print-on-demand and bindery infrastructure to serve that marketplace.

“We are very excited about this transaction as it strengthens our ability to serve the educational publishing and book communities. Webcrafters is well-known in the marketplace for its family values and exemplary service, making it a perfect fit within the CJK family of companies," said Kurtzman, in a prepared statement. "With its significant platform of digital print and specialty finishing, Webcrafters along with CJK’s national portfolio of publishing, print and related services businesses, are well positioned to deliver value to an expanding customer base."

According to its website, Webcrafters' larger Fordem Avenue facility houses web offset printing capacity, as well as a Kodak Prosper continuous-feed inkjet press and a Kodak NexPress digital press, as well as complete case, perfect, saddle stitch, spiral and book sewing capabilities, and kitting, warehousing and fulfillment. It also has a manufacturing facility in nearby Westport.

Webcrafters had been struggling to compete and had been downsizing the past several years. In 2015, Webcrafters management announced that it was reducing its workforce at the two facilities by at least 20% after a drop in business from a major customer. This came on the heels of another company downsizing of 25% in 2012, or about 133 positions.

“Becoming part of the CJK Group - a large and diverse array of companies -  is a big step forward for Webcrafters," said Garner, in a press release. "The CJK Group has the right vision for making certain that Webcrafters has a durable and future-oriented strategy to continue as a key player in the marketplace and will do that right here in the Madison area. Both the ownership (the Frautschi family) and executive leadership see today as a great next chapter for Webcrafters.”

On the 2016 annual Printing Impressions 400 ranking of the top printers in the U.S. and Canada, Webcrafters was ranked No. 81, reporting most recent fiscal year sales (likely 2015) sales of $60 million, and broke down its segment sales as being 80% books, 15% catalogs and 5% publications. To access the complete Printing Impressions 400 list, click here.

Based on the rankings, large competitor RR Donnelley - which has since broken up into three publicly-held companies (click here for my analysis on what drove that transaction) - did and still doesn't break out its book manufacturing revenues separately. However, Quad/Graphics reported book segment sales of $187.12 million out of its $4.678 billion in total sales on the latest PI 400. Quad was followed by Command Web Group at $132.60 million in annual book sales, Walsworth Publishing at $99.72 million, Edwards Brothers Malloy reporting $90.25 million, and Transcontinental generating $81.29 million in book manufacturing revenues.