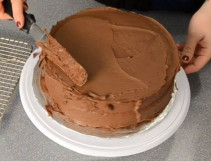 Commercial printers are feeling the love from acquirers as their top line revenues increase, profits return and grow — at least that is true for printing companies that are able to demonstrate a high degree of competence, have specialized capabilities and that serve well-defined vertical markets. Compared to the past several years, there is an unmistakable and positive difference in the market for commercial printers.

Orora, based down-under in Hawthorn, Australia, and publicly listed on the ASX exchange, has placed its second bet on the US commercial printing industry with its acquisition of Clifton, New Jersey-based Register Print Group. In a bellwether transaction, both in terms of price and structure, Orora paid $44 million for the company, a healthy 5.8 times trailing twelve months $7.6 million EBITDA, a very respectable 18.1% of revenue which was $42 million. Year-over-year top line growth was 5% for the past three years, another indicator that surely drove the value for the sellers. As reported in Orora's presentation to investors, the $44 million purchase price was paid mostly in cash with only $4 million of the total held back for 18 months, subject to undisclosed parameters for release. As icing on the cake, Orora paid an additional $3 million to reimburse the sellers for recent capital investments that are predicted to drive additional growth, but that have not yet impacted trailing EBITDA, increasing the effective multiple paid to 6.2 times trailing EBITDA, rewarding, not penalizing, the sellers for planning ahead regardless of their interest in selling the company.

It must be noted that although Register operates in the commercial printing segment, it is not a typical commercial printer, rather the company has long been a specialist in large-format offset printing, the “go-to” printer in the New York metro area for oversize offset sheets used primarily in retail displays, with a smaller position in oversize litho sheets used to produce packaging. In addition to Register’s product specialization, Orora was attracted by Register’s industry vertical focus on consumer products, food & beverage, healthcare and technology companies, all consistent users of retail point-of-purchase printing.

The acquisition of the Register Print Group is consistent with and adjunctive to Orora’s prior acquisition of IntegraColor in March, 2016. Orora reported that they paid 6.9 times trailing EBITDA for IntegraColor. Based in Dallas, Texas, IntegraColor forms the platform company for Orora's strategic initiative to establish a significant US-based point-of-purchase business. Although the acquired company’s EBITDA of 11.2% was, as a percentage of revenue, less than at Register, IntegraColor was significantly larger in terms of revenues, approximately $100 million, which combined with IntegraColor’s role as the initial US investment in retail display, apparently justified that higher multiple. Consistent with the terms of the Register purchase, Orora paid $70 million of the purchase price in cash at closing, holding back an additional $7 million for up to 18 months against reps and warranties.

For comparison to last year, click here to view GAA’s Projections for 2016. 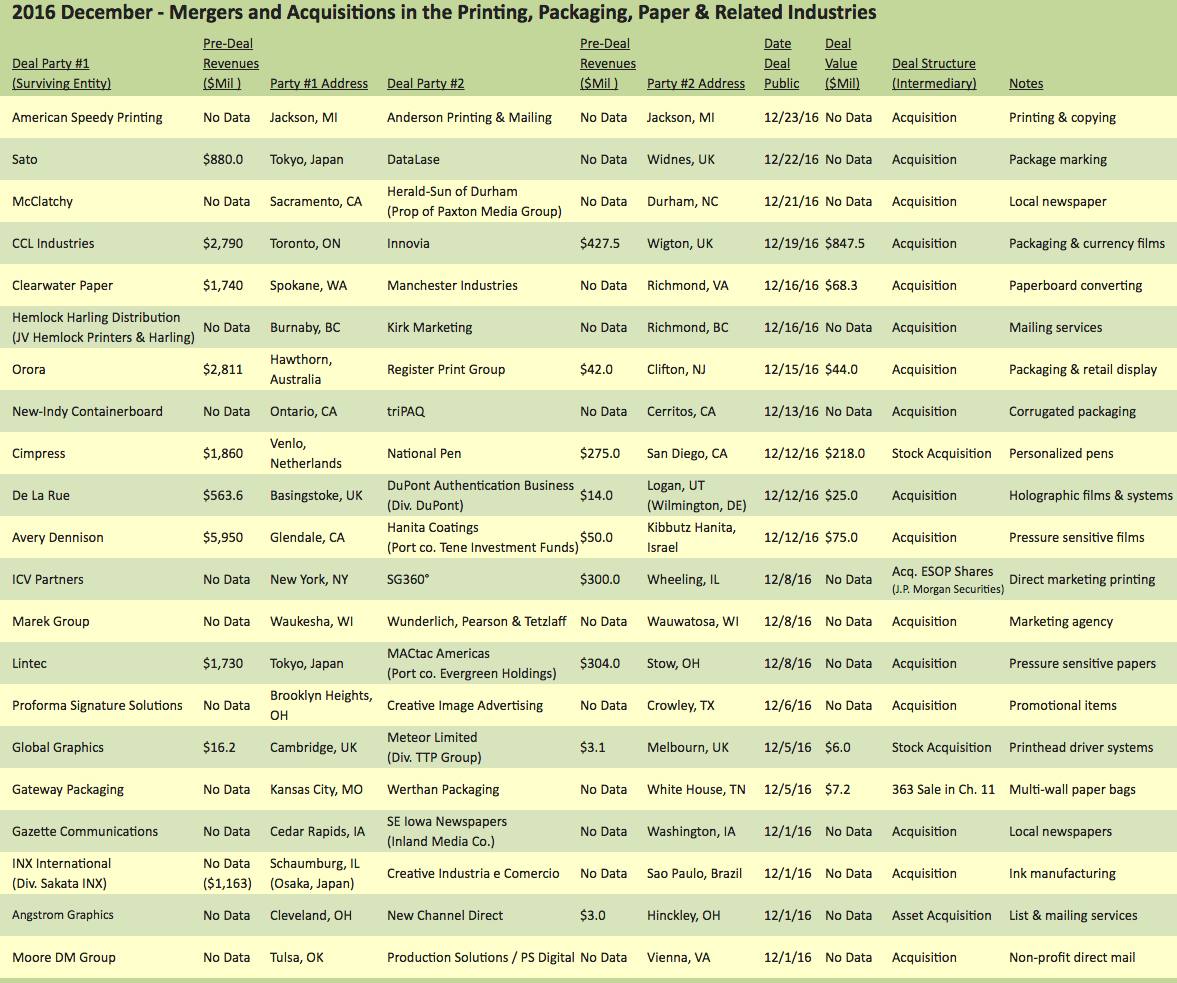 To view the specific press releases pertaining to the M&A's in the above chart, click here. (Click on the chart to enlarge)

To view the specific press releases pertaining to the Non-Bankruptcy Closures in the above chart, click here. (Click on the chart to enlarge)