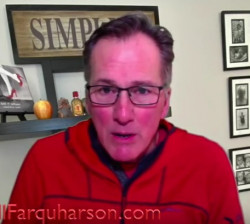 I am a little out of sorts today. This is a strange experience for those of us living in Boston. Ordinarily, we spend this week making plans for the Patriots’ last game of the season,* otherwise known as the Super Bowl. A few weeks ago, the Tennessee Titans defeated the Patriots, knocking us out of the playoffs. I just checked with someone and apparently they are still going to play the Super Bowl next Sunday, something we in New England do not understand.

We have had 20 years or so of sports bliss, what with the Red Sox, Celtics, Bruins, and of course Patriots all winning championships, including multiple championships for the Sox and Pats. This causes a lot of warm fuzzies to stick around for several days after the winning game and that’s what I wanted to talk to you about today.

There are two teams left to compete at this Sunday’s Super Bowl. This means, there are two fan bases in pretty good moods. If you sell in either of these areas, that is, if your sales territory includes either a national footprint or a geographic area that might include these two cities, I strongly suggest you turn your prospecting guns in their direction and put a heavy emphasis on making calls here. It’s a short-term opportunity to take advantage of the positive feelings that come with the anticipation of greatness.

Come next Monday, this same sales tip applies, however to only one of the two cities.

*True story: They asked a group of kindergarten kids in Boston if they knew what the Super Bowl was and one kid said, “It’s the Patriots’ last game of the year.” Love that.

Bill Farquharson can be reached through BillFarquharson.com where you also find information on his selling books and weekly coaching program.