Print-Related Musings to Reflect On 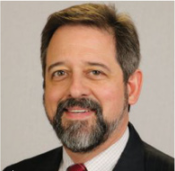 Are you in the habit of setting aside books, magazines or newspapers with interesting content, planning to read them later? If you save digitally, research indicates that you probably won’t ever go back to actually read the material. This is the ultimate example of the “out of sight, out of mind” principle.

You have a much better chance of returning to your reading material if it is in print form, which lies about on a table, nightstand, credenza or bookshelf, beckoning “read me” every time you pass by.

Argentine publisher Eterna Cadencia took this to its extreme, releasing an anthology of works by its authors titled “El Libro Que No Puede Esperar,” which literally translates as “The Book That Won’t Wait.”

It won’t. The book comes shrinkwrapped. Once you crack the wrapper, the special ink used to print the book begins to fade upon exposure to air. It is supposed to disappear in about two months’ time, thereby incenting you to hurry up and read it, and then rush out to purchase complete volumes written by the authors represented, which presumably are printed using more conventionally stable inks.

Eterna Cadencia hopes to transmute “out of sight, out of mind” into “now or never” by using the printing process to create a sense of urgency before your very eyes.

If someone includes “thought leader” on their résumé, they probably aren’t.

When planning for the future, consult subject-matter experts, but don’t mistake pundits for experts.

Seth Godin is a well-followed pundit. He specializes, in his own words, in “the post-industrial revolution, the way ideas spread, marketing, quitting, leadership and, most of all, changing everything.” That means he delivers pithy tidbits that he makes up and that are hard to refute.

In a 2011 interview in which he slammed print as an impediment to the spread of knowledge, he declared, “it’s inconceivable to me that five years from now, paper is going to be the dominant form for books.”

His “five years later” has come and gone. Print remains the dominant form for books, hands down. Print is essential to the spread of information (and Godin and his ilk have profited handsomely from it.)

By my count, Godin has published at least four books since making his statement, all of them in print.

Trying to get rich by playing the lottery is like trying to commit suicide by flying on commercial airlines.

I like the smell of old books. It’s a real thing, scientists tell us. The chemicals responsible for the sweet smell of old paper, they say, are benzaldehyde, vanillin, ethyl hexanaol, toluene and ethyl benzene. I think scientists could find better things to do, but their research has been put to use.

You can now buy “the smell of books” in spray form for dousing your e-reader or computer screen. Frankly, I’m skeptical. Somehow I think this missed the point. Rather like dousing an inflatable love doll with Chanel No 5.

In a consultant’s report I first read the term “analog print.” Perhaps, since the consultant in question is English, this term is more common in the U.K. What exactly is analog print? It was used to indicate the opposite of digital print, which, come to think of it, isn’t particularly clear either. Does it refer to lithography, or to all traditional printing processes? What exactly is a traditional print process?

Aren’t almost all print processes digital? Print content is always of digital origin. Even analog material is digitized before printing. There is nothing inherently digital about fusing toner to a page, and certainly not about splattering drops of ink on a piece of paper.

In Elizabethan times, the cemetery outside of London’s famous Saint Paul’s Cathedral was filled with booths manned by printers, bookbinders and stationers hawking their wares. Could this be where the silly notion that “print is dead” originated?