As expected, RR Donnelley & Sons (RRD) common stock shareholders approved the acquisition of RRD by private equity firm Chatham Asset Management with a majority vote during a virtual special shareholder meeting on Feb. 23, clearing the way for North America's largest commercial printer — as ranked on the most recent Printing Impressions 300 list — to quickly change hands and become a privately-held company.

Chatham, the Chicago-based printer's largest bondholder and a nearly 15% common stock shareholder, acquired the shares not already owned by Chatham and its affiliates for $10.85 per share in an all-cash transaction worth a reported enterprise value of $2.3 billion. The deal, which eliminates further trading of RRD shares on the New York Stock Exchange, was able to close Feb. 25, 2022, since the waiting period under the Hart-Scott-Rodino Antitrust Act had already passed.

The final victory to acquire RRD didn't come easy, however. Chatham Asset Management had to fend off fellow private equity firm Atlas Holdings multiple times in a bidding war, as well as file litigation in Delaware Chancery Court against RRD's board of directors and Atlas, to thwart the initial $2.1 billion acquisition agreement reached between RRD and Atlas on Nov. 3, 2021, for $8.52 per share in cash. (Atlas eventually raised its offer to $10.35 per share in cash, before eventually dropping out of the bidding.)

Atlas — the parent company of LSC Communications, Finch Paper, and several other printing and packaging entities — didn't walk away empty-handed, however. The acquisition agreement with Atlas also included a clause that RRD would be required to pay a $32 million termination and expense reimbursement fee to Atlas should the deal fall through.

But that still wasn't the end of the story. On Dec. 29, 2021, RRD's board announced it had received a raised non-binding offer from an unnamed strategic buyer for $11 per share in cash. As part of its proposal, the strategic buyer also indicated it would pay the $12 million expense reimbursement fee RRD would owe Chatham for terminating their pending acquisition agreement, as well as reimburse Chatham the $20 million termination fee it paid Atlas on RRD's behalf to terminate their original agreement.

Then, on Jan 3, 2022, RRD announced that the mystery party had raised its bid to $11.50 per share in cash. It appears the strategic buyer wasn't able to put the funding together, however, leading RRD to announce on Feb. 2 that the strategic party had withdrawn its offer. That set the stage for Chatham to finally get the RRD board to comply with its final bid and initiate a shareholder vote.

The outcome of the RRD shareholder voting (54.66 million for, 235,480 against) wasn't surprising, given the hefty premium Chatham ultimately paid for RRD, Chatham's nearly 15% voting share that already existed, and the voting support of RRD senior management members who, presumably, will be receiving a big payday on top of the value of the RRD shares they own. That's because the other matter — a non-binding, advisory proposal — voted on by shareholders also approved (46.29 million for, 7.91 million against) the payment of undisclosed compensation by RRD to some of its senior executive officers in connection with the acquisition being completed. 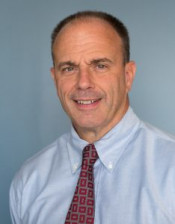 As expected, the changeover of ownership also resulted in a new board of directors and senior leadership team. Thomas (Tom) J. Quinlan III, 59, replaced former RRD President and CEO Dan Knotts, effective immediately. Ironically, Quinlan served as the CEO of RRD from 2007 to 2016, when RRD was split into three separate, publicly-held companies. Following the split, he served as CEO of LSC Communications from 2016 to 2020, departing when LSC filed for Chapter 11 protection and its assets were acquired by Atlas Holdings.

“We are excited about the next chapter in RRD’s journey, and I am personally thrilled to be leading the company once again,” Quinlan said in a prepared statement. “Importantly, I am grateful to RRD’s employees, whose dedication and hard work have contributed to the company’s success and momentum. Together with Chatham, we expect we will remain the industry leader in marketing and business communications and continue to meet the evolving needs of our clients.”

According to RRD's Form 8-K filing with the SEC, Quinlan’s employment agreement provides for an annual base salary of $950,000, and an annual target bonus of 100% of his annual base salary, subject to performance. He is also entitled to certain severance benefits, if his employment is terminated without cause or if he resigns with good reason.

The return of Quinlan to his former CEO role at RRD — following its acquisition by a private equity firm that had long been at odds with RRD's former board and senior leadership team — should make RRD's customer base feel more confident about the near-term management and direction of the company and, even more importantly, help instill a greater sense of stability among RRD's existing employee base. Nevertheless with Quinlan's return, as the phrase once attributed to former baseball great Yogi Berra goes, "It seems like it's déjà vu all over again."