The Phoenix Group of Companies Announces Dean Baker as CEO

The Phoenix Group of Companies is pleased to announce that Dean Baker has been named Chief Executive Officer.

Barry Green, founder and chairman of the board of Phoenix, commented, “We have been looking for a leader who has Dean’s industry knowledge, proven leadership skills and integrity. I believe he will help Phoenix to rise above challenges and create an environment where we will work together to exceed our customers’ expectations." 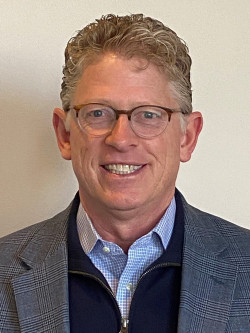 “I believe Dean will contribute tremendously to the sustainability and growth of the company. He is the right guy at the right time,” said Steve Anello, vice chairman of Phoenix.

Dean joins Phoenix from Intellicor Communications where he served as president. He brings with him a broad knowledge of printing, having started in the industry as an entry level unskilled press helper and working in every facet of the business on his way up. This wealth of experience has given him a hands-on understanding of every facet of the business but more importantly a deep appreciation for the skilled people who perform these jobs.

Dean honed his craft in RR Donnelley’s printer apprenticeship program, working second and third shifts to support his young family while he attended Millersville University during the day. He graduated second in his class, with honors, with a degree In Business Administration and Economics. He later participated in MBA Graduate studies at Elizabethtown College.

After graduating from college, he started at Intelligencer Printing Company as an Estimator, later going on to open a new sales territory in Washington D.C. and becoming one of the top producing selling reps in the company. He was promoted to director of sales and marketing and later to vice president. In 2016, he was named president of Intelligencer and the following year helped create Intellicor Communications bringing together Intelligencer, Pemcor Printing and AE Litho.

Dean writes, “Phoenix Lithographing Corporation is a great company and it will be the pinnacle of my career to work with the talented and dedicated team members to raise Phoenix to even greater heights.”