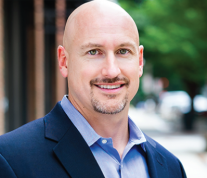 Ken Holsclaw is president and co-founder of Phase 3 Marketing and Communications.

Atlanta-based Phase 3 Marketing and Communications has expanded its sales territory into the greater New York City metropolitan area, added 40˝ commercial sheetfed offset printing capacity and gained a foothold in the promotional products market as the result of its newly announced purchase of The FLM Group in Fairfield, N.J.

“This acquisition fulfills two important aspects of our growth strategy,” said Ken Holsclaw, president and co-founder of Phase 3 Marketing and Communications. “By adding The FLM Group to our already fast-growing printing division, we will be able to increase our offerings and greatly expand our platform into the Northeastern market.”

Phase 3 also recently purchased an additional warehouse and distribution center in Atlanta to further drive overall marketing logistics development for its clients. In June of last year, it acquired two five-meter EFI VUTEk 5r LED roll-to-roll printers - one for its Atlanta production facility and the other for its Gigantic Color division in Dallas.

The FLM Group (FLM Graphics) will continue to operate under the FLM Graphics name in Fairfield, and be led by Frank L. Misischia, president and founder. It has grown into a 50,000-sq.-ft. offset and digital printing facility during the past 47 years, with 50+ employees and an additional sales office in New York City. FLM's three primary branded offerings include: FLM sheetfed offset and small-format digital printing; Trucolor wide-format indoor and outdoor graphics; and Paravista promotional products. FLM Reprographics in Princeton, N.J., was not part of the transaction.

“We'll move forward with Phase 3 as a strategic partner to offer FLM Graphics clients a wider variety in marketing services and our employees with more growth and career opportunities, said Misischia. “I look forward to continue to lead the FLM family into the next phase of our company growth.”

The acquisition of The FLM Group was brokered between Peter Schaefer - a partner at New Direction Partners, who represented The FLM Group - and Max Nair, Phase 3 co-founder and chief investment officer. According to Holsclaw, Nair continues to take a lead M&A role for Phase 3 as an active buyer investigating and qualifying other potential acquisitions. He reveals that the most suitable targets for national expansion include acquiring a "sizable" printing operation in the Midwest, one out West, as well as marketing agencies. 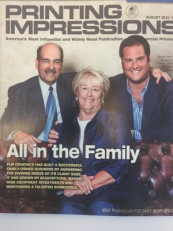 FLM Graphics family members were on the cover of the August 2013 issue of Printing Impressions.

In addition, FLM Graphics was featured in a Dec. 11, 2016, NFL Sunday Night Football game between the New York Giants and Dallas Cowboys for rolling out Giants-Cowboys holiday season gift wrapping paper. (You can watch the video clip here.)

Although FLM received the limelight on national television during a professional football game, Phase 3 Marketing and Communications is an active printing industry player deserves watching.