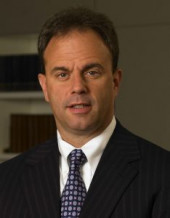 That's because Chicago-based LSC Communications filed a Worker Adjustment and Retraining Act Notification Act (WARN) notice May 22 that it intends to permanently close its Salem, Va.-based, 278,000-sq.-ft. book manufacturing facility in July and lay off the approximately 140 workers employed there.

The notice also indicated that the layoffs are scheduled to begin July 23, and last during a two-week period.

In a letter sent to Salem, Va., Mayor Randy Foley, R. Scott Bigelow, LSC Communications chief human resources officer, wrote,  "In connection with the plant closure, no employees will have bumping rights to displace other employees working for the company ... We appreciate any support or assistance you or your office can provide to help those employees affected by the plant closing in finding new positions." Bigelow cited "changing market conditions" as the primary impetus behind the closure of the plant, which is located in ValleyTech Park inside Roanoke County.

According to The Roanoke Times, RR Donnelley began the local operation in 1997. Salem, Va., is a town with about 25,000 residents, so, obviously, the closure and subsequent layoffs is a major blow to the local community.

“It’s unfortunate that the downturn in the market for commercial printing has resulted in this action,” she said. “Our concern is for the affected employees and our goal is to assist them with identifying new employment opportunities.”

LSC Communications was ranked Number 3  on the most recent Printing Impressions 400 list of the largest printing companies in the U.S. and Canada as ranked by annual sales. Its annual revenues were only surpassed by RR Donnelley, at $7 billion, and Quad/Graphics, at $4.68 billion. To access the complete PI 400 ranking of the Top 400 printing companies, click here.

Printing Impressions reached out to LSC Communications' Director of Marketing Communications for comment on the Salem, Va., book plant closure, but did not receive any response by the time this post was published.