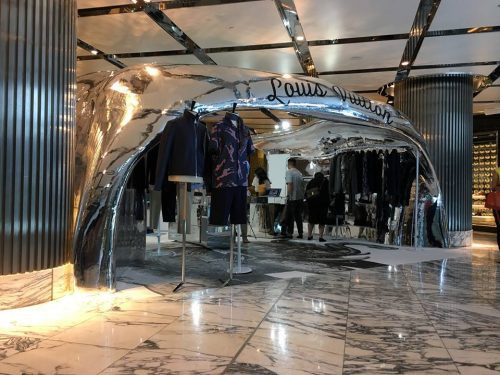 Omus' team lead by Robert Grosso worked around the clock for the last three weeks to create this 3D-printed pop-up store for Louis Vuitton.

The pop-up store, in Westfield Sydney, was created by Omus using Massivit 1800 3D printers in just two weeks. Louis Vuitton’s dome-shaped shop’s roof is the 3D-printed part, and has been paired with elephant artworks. Once Omus had completed the production of the pop-up store, it took a further three days to erect. 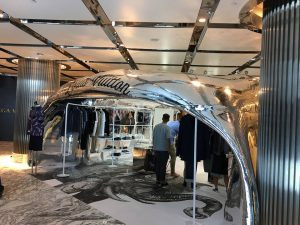 The pop-up store is located in Sydney's Westfield complex and was produced on Massivit 1800 3D large format printer.

Originally approaching the project with just one of Massivit’s large-format printers, Omus had to involve a second to complete the print in time. Omus went to Sydney-based Composite Images, who had also recently installed one of the machines. Omus were also forced to recruit technicians from Israel to finish before the deadline.

The complete dome structure is made up of 48 sections with UV-curable material weighing 900 kilograms. Louis Vuitton’s logo was added to the pop-up store using vinyl cut lettering and the elephant floor graphics was digitally printed onto Tex Walk floor grade vinyl and laid down.

This pop-up store will be at the Westfield Sydney until December 18th.