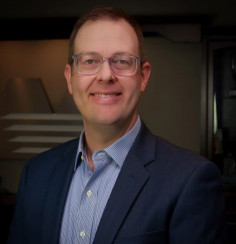 Modern Litho, Inc., a publication and commercial printer based in Jefferson City, Missouri ,announces Jeff Davidson has been named President of Modern Litho-Print Co. as of November 1, 2022.

As a member of the ownership group, Davidson has served as the Vice President of Corporate Strategy over the past six years and previously as General Manager of Brown Printing, a subsidiary of Modern Litho, Inc. He has been integral to the overall growth strategy of the company taking the lead on the last three major acquisitions: James Printing in Kansas City (2018), Mulligan Printing in St. Louis (2020) and Watkins Lithographic in Kansas City (2021). Another significant component of his role has been managing special projects which have included: new technology and equipment evaluation, human resources and employee relations, as well as product and service expansions and diversification. In 2014, he was recognized as a Top 20 under 40 printing executive by Printing Impressions. Since then, he has served on printing industry advisory boards and local nonprofit boards, most recently as the Chairman for the Jefferson City Area Chamber of Commerce.

“We couldn’t be prouder to hand the reins over to Jeff. As a third-generation owner and leader of this company, there is no better choice. He has proven himself not only to our executive team while working alongside them but to our entire employee group, vendors, industry peers and partners. We are excited for him to put his mark on the company through his thought leadership and dedication as he leads us into the future,” commented Darrell Moore, outgoing President of Modern Litho-Print Co.

Darrell Moore will continue on in an executive role with the holding company, Modern Litho, Inc.

New C-Suite Appointments at The AngstromGroup

A 2022 Innovator of the Year: Hopkins Printing