Lancaster, Pa.-based Intellicor Communications purchased the assets of the former Cadmus operations in Lancaster, Pa., and in Hurlock, Md., from Cenveo Worldwide on Aug. 8 — effectively marking the final chapter for the storied Cadmus Communications name in the printing industry.

In May, Stamford, Conn.-based Cenveo — which appears to be focusing less on commercial printing and more on its label printing and envelope manufacturing businesses — had shuttered the over-century-old Cadmus printing facility, located on Byrdhill Road in Richmond, Va., impacting 184 workers. 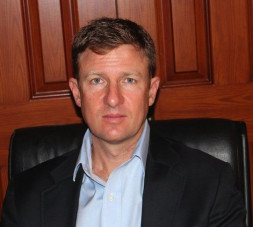 The fate of these two remaining locations is much better than the former Cadmus Richmond operation, however. In an exclusive interview, Intellicor President Michael Hurly told Printing Impressions that both facilities will remain open and it will be business as usual for the foreseeable future. The approximately 200,000-sq.-ft. Lancaster location employs 170 workers, while the similarly-sized Hurlock operation has 55 employees.

The two former Cadmus facilities, which will now operate under the Intellicor Communications brand, focus on publishing services for the legal, health care, and associated industries. The Lancaster plant delivers up to 10-color sheetfed offset, as well as both heatset and coldset web offset output; and the Hurlock location provides 85% fulfillment services, with the remaining 15% as print-on-demand output on its single Xeikon and pair of Ricoh digital printing presses. 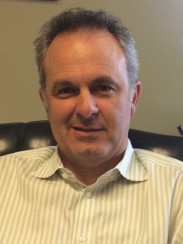 "We maintain a long-term view and saw this [acquisition] as an opportunity," Hurly notes. Intellicor Communications, itself, was created in 2017 by the purchase of Lancaster, Pa.-based Intelligencer Printing — a commercial printing operation founded in 1794 with the launch of The Lancaster Journal — and subsequent rollup into the operations of Pemcor Printing of Landisville, Pa., and AE Litho of Beverly, N.J. The then-new company, led by Hurly and fellow principal Jeff Bozzi, eventually consolidated into Intelligencer's 120,000-sq.-ft. facility on Eden Road in Lancaster.

With Intellicor focused on the direct marketing and commercial printing markets, the new acquisition provides diversification into new market segments. "The attraction of the acquisition into publishing and associated fulfillment represents a nice expansion for us," Hurly points out. "But there are still lots of synergies when it comes to the back office."

In terms of the impact of COVID-19 on its existing products and ancillary services, Hurly reveals that Intellicor's hospital fulfillment business has remained steady. Direct mail and integrated marketing production slowed as the pandemic first hit this spring, but he says volumes and activity have picked up again the past few months. Intellicor's midmarket commercial sheetfed work remains under pressure, however.

"With that said, Jeff and I are low-key guys who are not in the limelight," Hurly concludes. "We just get on with our business." And, based on their aggressive M&A growth moves, they seem to be doing just that.

END_OF_DOCUMENT_TOKEN_TO_BE_REPLACED
Happening Today
The Powerful Case for US Book Manufacturing