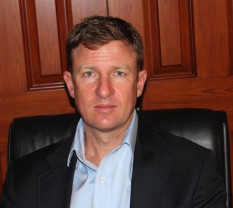 Lancaster, P.A.-based Intelligencer Printing — a commercial printing operation founded in 1794 with the launch of The Lancaster Journal — has been sold by LNP Media Group/Steinman Enterprises as part of a rollup that also combines the operations of Pemcor Printing of Landisville, Pa., with AE Litho of Beverly, N.J., to create a new company called Intellicor Communications.

Intellicor Communications will also comprise an integrated marketing division created last year called AIM Communications, and which will remain a strategic focus for the group. “Some see print as a mature industry that has no avenue for real growth. We disagree," Hurly says. "True multichannel integrated marketing, such that AIM offers, works hand-in-hand with print. The synergy created by the birth of Intellicor offers great opportunities for all divisions."

He told Printing Impressions that AIM has especially had good success helping marketers create multichannel direct mail campaigns within the healthcare and financial verticals, thanks to the combination of variable data, personalized URLs, sequential mailings and strong analytics tracking. Hurly adds that the market focus on the healthcare, financial, higher ed and nonprofit verticals across the three former companies creates a highly diversified company. 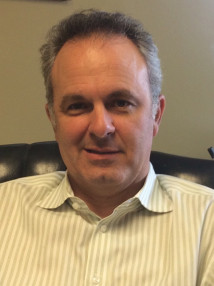 Newly named Intellicor President Dean Baker — a 32-year Intelligencer veteran who most recently served there as president since October 2016 — agrees that the new entity will serve as a multifaceted, one-stop shop. “Many of our clients are challenged to do more in less time and with fewer resources. They appreciate the simplicity and convenience of dealing with a single, trusted supplier to execute all their printing, marketing, and communication needs,” Baker notes. “From a nationwide direct mail project or a multichannel marketing campaign, to branded promotional products, Intellicor is large enough to handle it all, but small enough to be responsive to customer needs.”

Hurly says the focus now will be to combine what have been three viable printing operations and evaluate the synergies that exist between them. There are no immediate plans for staff reductions.

Hailing from South Africa, Hurly formerly worked at Xerox and IBM, before moving onto the printing side of the industry. Whereas Bozzi has been actively involved with his family printing business since graduating from college. They had been partnering prior to the decision to create their vision for Intellicor Communications through consolidation.

One of the oldest printing firms in America, Intelligencer Printing traces back to 1794, when Lancaster Journal proprietors William Hamilton and Henry Willcocks began taking on print jobs to keep their press running between editions. Today, it is capable of turning out 30 million pages of high-definition printing in a 24-hour period. The company served as a Scitex computer-to-plate Beta site in the 1990s and had trademarked its High-Definition Printing, proprietary Metalessence and Intelliscent technologies.