Important Print Lessons from The Bard

I enjoy live theater, specifically the works of the immortal bard, William Shakespeare. (Please continue reading even if Shakespeare isn’t your thing.) I find his plays to be filled with timeless truths, subtleties, and nuances that can’t be found on television or in movies. There is an intimacy in live drama that cannot be replicated by any other medium. Funny, I say a lot of the same things when I’m talking about print.

Many disagree with me, thinking Shakespeare is archaic, something from the distant past, worthy of study by historians, but of no relevance in today’s society. Funny, that’s the same thing many people say about print. 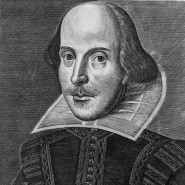 Shakespeare had a unique gift for embellishing his stories with new and creative words and phrases that we now take for granted. Shakespeare is credited by the Oxford English dictionary with originating thousands of English words.

He created some straight from his imagination, and others by turning nouns into verbs. The latter practice has run rampant in the 21st century (such as “text me” from “text message”), but few realize that ol’ Bill Shakespeare is the father of this. Yes, you unwittingly quote Shakespeare every day! Funny, the same is true for people who say they have no need for print, but use it every day without thinking about it.

The works of William Shakespeare are universally acknowledged to be without peer, the pinnacle of English language drama. With such a pedigree, Shakespeare should have no trouble remaining perpetually popular with the masses. Alas, as noted above, that is not necessarily the case. The situation of print in today’s world is uncannily similar to that of Shakespeare.

The irony of print as a medium and Shakespeare as a playwright is that both are universally respected and, at the same time, often disregarded. Study after study confirms that information transmitted in print is believed to be more accurate and held in higher regard than any other medium. A printed newspaper, for example, is deemed much more trustworthy than radio, television, or online media, even as sales of printed newspapers plummet.

Clearly, new things must be tried to call the public’s attention to this dichotomy.

What would Shakespeare do? The real question is what are teachers, actors, directors, and producers doing to keep the public interested in the genius of Shakespeare? Many things are tried, some more successfully than others. Print can learn from some of these and avoid making mistakes.

My inspiration came from something currently playing, aptly titled “Drunk Shakespeare.” The lead actor drinks five shots of liquor then attempts to perform. This gets a major thumbs-down from Johnson’s World. Print and acting would both benefit from cleaning up and drying out. Both need to be elevated to a perception of greatness, not represented as something to be ridiculed.

Many directors have tried transporting the Elizabethan-era plays into a more modern venue. I’ve seen “Much Ado About Nothing” on the Argentine pampas (awful) and in the Civil War (mediocre), as well as “The Taming of the Shrew” as a ’50s musical (terrific). Updating print with more modern processes and products is a natural step forward, as long as it is done carefully. New for the sake of new won’t cut it; there must be a clear attraction for the customer.

Some productions change the basic presentation of the plays. The doomed king of Scotland has been re-introduced to us as Voodoo Macbeth, Kabuki Macbeth, and Samurai Macbeth. Moving into an entirely different style can work; 3D printing and vehicle wrapping are examples. Just recognize that new areas require new expertise. Being the world’s greatest lithographer doesn’t automatically qualify you to print t-shirts or labels.

A successful approach has been to produce plays with minimal scenery and actors dressed in plain black. By eliminating any visual reference to time or place, the plays are presented as timeless, speaking equally well to ages past and to our modern era.

We must remember that printing is timeless. Humans crave the touch, feel, and even smell of paper. They unconsciously trust the permanence of print over the ephemeral nature of media on screens.

Print is immortal, and immortal means undying. Immortality has great value, for all time, and here and now. It is our responsibility to present it as such.

Making It with Print: Crafting Collaboration