Icahn and Deason Post $150M Bond to Preserve Injunctions Against Xerox Board, Fuji 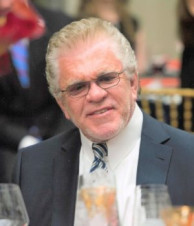 This morning we furthered our commitment to holding Xerox, its current board of directors and Fuji accountable for their egregious actions by posting a $150,000,000 bond to preserve the two preliminary injunctions issued by the New York State Supreme Court in the litigation brought by Darwin Deason against them. In a blistering opinion issued in that case, the judge concluded that the Fuji deal was so tainted with conflict that it was likely that CEO Jeff Jacobson and the board, aided and abetted by Fuji, had breached their fiduciary duties owed to Xerox shareholders. The first injunction bars Xerox from holding a shareholder vote on the mind numbingly complex Fuji transaction. The second injunction bars Xerox from enforcing its advance notice bylaw. This means that the lame duck board may no longer deny shareholders their fundamental right to nominate an alternative slate of directors who are committed to enhancing value for ALL shareholders rather than rushing into a no-premium deal with Fuji to further their own personal interests.

The Deason litigation matters now more than ever. As we write this letter, the lame duck Xerox board is filing an appeal to fight the judge’s clear and definitive opinion, an action done solely to look out for themselves individually and to help their partner, Fuji. This appeal allows Fuji to have a hand in deciding the future of Xerox, which is both unconscionable and inappropriate. The future of Xerox should be decided by Xerox shareholders and its board, not a third party that has a track record of underhanded and one-way dealings with Xerox. This appeal is yet another mind-boggling example of this lame duck board choosing itself, and Fuji, over Xerox shareholders.

We seem not to be alone in our amazement over the most recent shenanigans pulled by the lame duck Xerox board, most notably in refusing to follow through with the leadership and governance changes we agreed to in our settlement agreement that expired last week.

“Now it’s just more uncertainty…..We don’t know if the deal is back on. There’s something happening behind the scenes, which does not raise confidence in the deal or the company.” – Scott Deveau, Xerox CEO to Stay in Surprise U-Turn, Setting Up Icahn Proxy War (Bloomberg, May 4, 2018).

“Xerox’s directors have snatched defeat for the company from the jaws of a partial victory. Tuesday’s settlement with activist investors Carl Icahn and Darwin Deason has foundered over extra legal protection for board members who were set to leave. They and discredited Chief Executive Jeff Jacobson will stay for now, leaving Xerox and its investors in limbo…..The settlement would have brought a new CEO and a revamped board. But in addition to a contractual indemnification and release from liability, the departing directors – a group including Chuck Prince, who led Citigroup into the financial crisis and outstayed his welcome there, too – wanted additional reassurance from [Judge] Ostrager, who declined to give it right away…..It’s hard to see other potential buyers or partners working with the current directors and a CEO the board already decided once to replace last year and who just escaped a second near-departure. And as recently as Tuesday, they said the changes agreed with Icahn and Deason were in the best interest of Xerox and it shareholders…..Jacobson, Prince and the other directors involved are jamming the company’s future for the sake of their own.” – Richard Beales, Xerox Directors Jam Company’s Future for Their Own (Reuters Breakingviews, May 4, 2018).

“Over the recent decades this American icon of industry has failed to adapt to changes in the world and inflicted a series of injuries on itself. It should not have been a surprise that the company would turn ever more inward-looking as it headed towards its inevitable demise. What is painful to watch is its loss of dignity on the way to its corporate death. The flip-flops in control over this week are not good and will leave everyone confused and angry, accelerating and deepening the pain.” – George Bradt, Lessons From Xerox's Undignified Death Throes (Forbes, May 4, 2018).

“This leaves the future of XRX cloaked in uncertainty and as we see it, it puts a lid on the stock…..About all we're comfortable predicting at this point is Jacobson and the six directors that agreed to step down will be gone at some point. Whether that is through a new settlement, a proxy loss, or a sale to Fuji, Jacobson will not be CEO.” – Research Report, Xerox throws a nasty changeup (Gordon Haskett, May 4, 2018).

“While shareholders twist in the wind, the board and CEO get to hide behind corporate indemnity while waiting for a “Hail Mary” according to the CEO, and competitors are already targeting the company’s customers and employees…..In appointing Jeff Jacobson, a long time Rochester Xerox and Kodak executive who came equipped with a law degree and an Ivy League education, the board failed to recognize that nimble corporate governance is now part of the core skillset of the CEO. Shareholder lawsuits reveal that inside Xerox has a culture of poor corporate governance, tone-deaf ear to shareholder activists (who owned 15% of the company) and a board hopelessly broken by divided loyalties…..The ending to the Xerox roller coaster is not far off, and it will begin with the phrase “you can’t make this stuff up.”” – Jeff Cunningham, Inside The Xerox Boardroom Saga (Chief Executive, May 7, 2018).

We could go on and on. And we fully intend to do so. We see several paths to victory – but none of them involve selling a 50.1% interest in Xerox in a deal that offers no control premium and leaves shareholders vulnerable to oppression by an overlord that is embroiled in an ever-widening accounting scandal. We are aware of the market speculation regarding a rival bid by Apollo and we are confident that other potential buyers are waiting in the wings to kick the tires – but we do not see any possibility of an alternative bid materializing unless and until the lame duck board and the lame duck CEO relinquish their death grip on Xerox. To put to rest the speculation regarding our intentions, we are comfortable stating that an all-cash bid at a minimum of $40 per share, would require our serious consideration. However, we also see the possibility of similar or better value in a standalone Xerox with John Visentin at the helm as CEO with the support of a new conflict-free board.

Over the next few months, we intend to see that “massively conflicted” Jeff Jacobson and old guard directors like Bob Keegan, Ann Reese and Chuck Prince, who have already done so much damage to Xerox, and are continuing to do more damage with these actions, are held fully and personally liable for their misconduct. Similarly, we intend to see that Fujifilm is held fully liable as an aider and abettor of the continuing breaches of fiduciary duties by those directors.

We will continue our fight to rescue and revitalize Xerox, as so many of our fellow shareholders have been encouraging us to do. We urge anyone with questions about the future of Xerox to contact us to be put in touch with CEO-in-waiting John Visentin. As he has been doing over the last several weeks, Mr. Visentin will continue to focus on strategic alternatives for Xerox as a consultant to us in connection with our campaign to replace the lame duck board.