Xerox CEO Jacobson, Board Not Resigning as Deal With Dissident Investors Collapses

To paraphrase Mark Twain, Truth can be stranger than Fiction ... and the latest developments in the ongoing saga involving Xerox, its dissident shareholders Carl Icahn and Darwin Deason who collectively own a 15% stake, and Fujifilm (which is trying to acquire Xerox) take a new twist and turn almost daily. The drama between the key players appears to be more like a plot for a fictional mini-series than an actual struggle being waged in the court system and executive boardrooms for control of one of America's most iconic corporate brands. 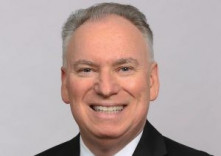 CEO Jeff Jacobson is not resigning in latest twist in the ongoing Xerox saga.

The settlement agreement Xerox had reached with Icahn and Deason on Tuesday has expired, resulting in the pact falling apart. As a result, CEO Jeff Jacobson and several Xerox board members, including its board chairman Robert Keegan, are not resigning after all and will remain in place, at least for now. At the same time, Xerox filed an appeal today challenging the decision last Friday of Judge Barry Ostrager, of the Supreme Court of the State of New York, County of New York, who temporarily blocked the proposed acquisition of Xerox by Fuji.

"Xerox strongly believes that the decision is contrary to well-established New York law vesting the board of directors of Xerox with the business judgment to enter into the transaction agreement with Fujifilm (and that the decision to approve should rest with Xerox’s shareholders, not the court," a Xerox statement said.

"The appeal (click here to read the full legal document) disputes the court’s finding that the Xerox board breached their fiduciary duties in approving the transaction," the statement continued. "To the contrary, the Xerox board unanimously authorized the transaction after months-long discussions and deliberations, and based on its good faith judgment that the transaction represented the value-maximizing alternative for the company’s shareholders."

The appeal itself also disputed the activist investors allegations and the court's ultimate ruling that Jacobson's actions in negotiating the proposed deal with Fuji was largely driven by an effort to save his job, and that the Xerox board of directors was also compromised in approving the deal partly because several Xerox directors were guaranteed at least five-year positions on what would be a new 12-member Fuji Xerox board.

"Even if this court credits the IAS (Individual Assignment System) Court's finding that Xerox's CEO, Jeff Jacobson, was "massively conflicted" in connection with the transaction - and the record supports no such conclusion - there is absolutely no legal basis for challenging the unanimous determination of the nine other Xerox directors (all independent and, as the IAS Court recognized, all "highly credentialed and experienced") that the deal Jacobson helped negotiate was in the best interests of Xerox's shareholders," Xerox lawyers wrote in their appeal.

"Indeed, no New York court has ever found the conduct at issue here - a purported conflict concerning one director and that certain other (as yet unknown) Xerox directors would become directors of the post-transaction company - sufficient to second-guess the business judgment of a public company board of directors. There is no authority for that proposition, and the IAS Court cites none," the appeal argued. 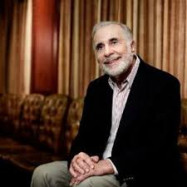 As expected, the Icahn and Deason camp responded, contending that the Xerox board has committed additional intentional breaches of their fiduciary duties, and once again called on the Xerox board of directors to terminate the transaction with Fuji, to hire John Visentin as CEO and to resign their positions as previously announced. They issued the following open letter to Xerox sahreholders:

At 8 p.m. ET on Thursday night, the settlement agreement we entered into with Xerox and a unanimous Xerox board earlier this week expired without the Xerox board permitting the agreement to take effect, once again intentionally violating their fiduciary duties to Xerox shareholders by pursuing their own brazen self-interest.

This occurred just 48 hours after Xerox issued a press release that included the following unanimous statement from the Xerox board:

“an immediate resolution of the pending litigation and proxy contest is in the best interest of [Xerox] and all [its] stakeholders.”

This inexplicable turn of events occurred for one reason only: the Xerox board recklessly refused to follow through with the leadership and governance changes we agreed to, demanding unprecedented additional approvals for their own personal self-interest.

An expansive release from us and the company was not enough. Fully insured, robust indemnification rights were not enough. The Xerox board declined to take the actions they unanimously approved as in the best interest of Xerox shareholders unless they obtained additional unprecedented protections from the court, which all parties (and the judge!) agree are not required under applicable law.

The brazen self-interest of the Xerox board defies description.

Over the next few months, we intend to see that “massively conflicted” Jeff Jacobson and old guard directors like Bob Keegan, Ann Reese and Chuck Prince, who have already done so much damage to the company, and are continuing to do more damage with these actions, are held fully and personally liable for their misconduct. Similarly, we intend to see that Fujifilm is held fully liable as an aider and abettor of the continuing breaches of fiduciary duties by those directors.

We will continue our fight to rescue and revitalize Xerox, as so many of our fellow shareholders have been encouraging us to do. 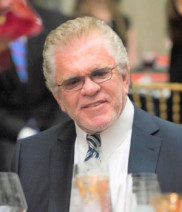 Darwin Deason thought he had secured a victory last Friday when a New York judge temporarily blocked the acquisition of Xerox by Fuji. | Credit: King & Spalding

Part of the crux of what led the deal, which would have replaced Jacobson with Visentin and six of the existing 10-member Xerox board of directors with hand-picked successors named by Icahn, fell apart because Xerox says Deason dropped his part of the bargain by refusing to drop litigation against the Xerox directors. Deason had also announced earlier that he was continuing his lawsuit against Fuji for its part in aiding the transaction.

We will have to wait and see what transpires in the coming days in this ongoing saga, and whether it will remain a contentious battle that continues to wage on before whether or not Fuji ultimately acquires Xerox finally gets decided by a Xerox shareholder vote at the yet-determined 2018 Xerox annual shareholder meeting most likely in the June timeframe.

The printing industry has longed for more coverage and exposure within the general press. But this drama, now making headlines on an almost daily basis, is not the type of exposure we were looking for, nor need.