Fujifilm Acquisition of Xerox Is Temporarily Blocked by Judge's Ruling

Fujifilm Holdings' $6.1 billion acquisition of Xerox. Corp. hit a temporary setback last Friday after Judge Barry Ostrager, of the Supreme Court of State of New York, County of New York, ruled in favor of two activist investors who are trying to block the proposed transaction. 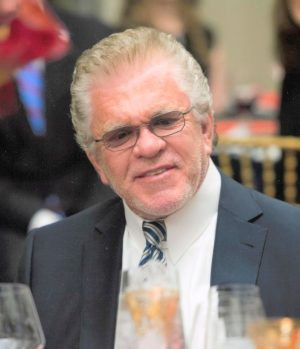 Darwin Deason prevailed in his attempt to halt the deal for now and to be able to nominate his own slate of nominees to serve on Xerox's board of directors. | Credit: King & Spalding

Darwin Deason, Xerox's third largest shareholder with a reported $600 million investment in Xerox, filed a lawsuit last month opposing the deal and seeking the rights to nominate his own slate of Xerox board of directors in advance of the yet-to-be-announced June 2018 Xerox annual shareholder meeting. According to Xerox bylaws, the deadline had passed to nominate individuals to serve on Xerox's board of directors, but Deason and his law firm, King & Spalding, argued that the December 2017 deadline fell before the Jan. 31, 2018, merger announcement, and prior to the disclosure of other aspects of the Fuji Xerox joint venture relationship, such as a lock-up agreement that existed between the two firms.

The judge agreed to temporarily block the transaction (click here to read the complete ruling), as well as authorize Deason to nominate his own slate of Xerox board members, despite missing the bylaws deadline. Four of those individuals will be the nominees that fellow activist investor Carl Icahn - Xerox's largest shareholder - had already nominated in advance of the December 2017 deadline.

According to the court, other provisions of the transaction include a non-solicitation clause that prevented Xerox from soliciting other deals and a "fidicuary-out" provision that would have enabled the Xerox board to consider a superior unsolicited proposal. In that case, Fuji would have had six days to match an unsolicited superior proposal. And, in the event the transaction did not close, according to the court, Fuji would receive a $183 million break-up fee.

The Xerox-Fuji pact, the court said, also stipulated that once the companies had merged, current Xerox CEO Jeff Jacobson would become CEO of the combined company, to be called Fuji Xerox. In addition, five existing Xerox directors - plus Jacobson - would have become members of the 12-person board of directors of the combined company. Those Xerox board members were also guaranteed that they would maintain their directorship positions in the new company for a minimum of five years.

Xerox CEO Jeff Jacobson Is at Center of Controversy 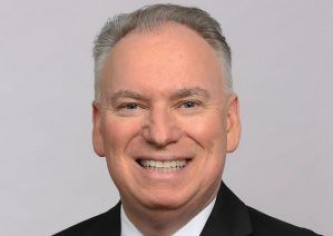 Jeff Jacobson was the primary Xerox representative in the negotiations between Xerox and Fuji.

"The lynchpin of this court's decision turns on the conduct of Xerox CEO Jeff Jacobson in the time frame preceding the [Xerox] board's approval of a transaction that granted control of an iconic American company to Fuji without any cash payment by Fuji to Xerox shareholders, and the board's acquiescence in Jacobson's conduct," the judge said in his ruling.

According to the court documents, Jacobson was in negotiations with senior Fuji executives during the summer of 2017 about a possible transaction. But, around that same time, Xerox's board launched a search committee to find a replacement CEO. In November, they selected John Visentin, a former IBM and HP executive, and indicated a start date for him of Dec. 11, 2017.

On Nov. 10, 2017, Robert Keegan, Xerox's chairman of the board, reportedly advised Jacobson that he might be replaced and also instructed him that the Xerox board had decided that he should desist from further pursuing a deal with Fuji, the court indicated. However, Keegan authorized Jacobson to meet with Fuji on Nov. 14 (without notifying the entire Xerox board) and then allowed for him to travel to Japan for a Nov. 21 followup meeting that ultimately led to Fuji providing a term sheet on Nov. 30, outlining its formal proposal.

"The facts adduced at the evidentiary hearing clearly show that Jacobson, having been told on Nov. 10 that the board was actively seeking a new CEO to replace him, was hopelessly conflicted during his negotiation of a strategic acquisition transaction that would result in a combined entity of which he would become CEO," the court said.

Xerox Paints a Different Picture of What Happened

Xerox denies that scenario of events and issued a preliminary proxy statement in April outlining its own timeline of events (click here to read). "Xerox believes Mr. Deason’s litigation distorts many of the facts regarding the proposed combination with Fuji Xerox," stated Xerox Chairman of the Board Keegan.

"Xerox’s board of directors followed a comprehensive process in reaching its decision to approve the proposed transaction, including a comprehensive review of the company’s strategic and financial alternatives, as well as potential transaction structures and negotiations with Fujifilm over a 10-month period. Xerox CEO Jeff Jacobson was fully authorized to engage in discussions with Fujifilm and Fuji Xerox on the proposed combination," he said.

"As is absolutely clear from the record, Jeff Jacobson has always conducted himself with the utmost integrity as CEO and in negotiations with Fujifilm. At no point did he exceed the authority granted to him by the board’s chairman or the full board."

In response to the judge's ruling on Friday, Fujifilm said it would consider all options, including whether to appeal the decision. "We disagree with, and are disappointed by, the judge's ruling. We strongly believe that all Xerox shareholders should be able to decide for themselves the operational, financial, and strategic merits of the transaction," Fujifilm indicated.

Xerox also opposes the ruling and announced that it "will immediately appeal the court's decision."

But, for now, the Fuji acquisition of Xerox remains on hold, despite news reports that Fuji and Xerox are currently in active negotiations to sweeten the transaction in order to win approval from Xerox shareholders at the annual shareholder meeting in June. And activist investors Icahn and Deason are readying their slate of replacement nominees for Xerox's board of directors. And, at the same time, Fuji and Xerox remain in talks on a possible transaction agreement that would satisfy the majority of Xerox shareholders, including Icahn's and Deason's combined 15% stake.