HP SiteFlow Proves to Be the Perfect Ingredient for 120,000 Cookbook Job 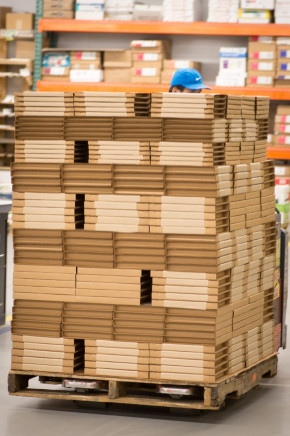 A skid of the cookbooks are taken to a trailer destined for global consumers. All images courtesy of Superior Packaging and Finishing.

What do you do when you make a commitment to a leading digital media company to print and produce 5,000 cookbooks, yet more than 120,000 orders come flowing in? The cookbook had gone viral, but Braintree, Mass.-based Superior Packaging and Finishing was well-equipped to handle the large influx of orders rushing in because it had an ace in the hole.

Automation in the App

Superior needed to provide an automated solution that could manage the workflow of thousands of orders submitted from customers in a timely and efficient manner. Superior turned to the Site Flow app on PrintOS, HP's cloud-based solutions platform, and fully integrated with their HP Indigo 10000 digital press.

"The average print service provider has the mindset that business-to-consumer is off limits," Bob Raus, North American category manager of HP, says. "Most PSPs don't go after the opportunities within that market, but PrintOS Site Flow now makes that possible."

According to Raus, the only way to manage a large quantity of orders before the Site Flow app was to develop your own customized software, which required you to have a development team. However, even after investing the time and money to develop such a system, you wouldn't be able to scale up. Launched at Drupa 2016, PrintOS is a cloud-based solutions platform with 10 apps available to HP digital press owners. Site Flow is one of the ten apps and designed to help PSP open new high-volume markets. Since PrintOS is cloud-based, there is no capital investment and it is designed to scale up based on volumes of orders.

The Orders Come Flooding In

Although this wasn't Superior's first time processing jobs through Site Flow, its only other experience came a few weeks earlier when it took on an extensive calendar job as overflow work from a new customer — a global print provider. Superior only had a few weeks to integrate Site Flow with the print provider's software solution for output on its two HP Indigo 10000 digital presses. 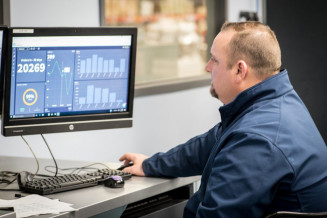 The fully personalized calendar — which was available on various substrates, with or without UV coatings, as well as other variables — was a 26-page, 13 leaf, Wire-o bound product that featured different images on each page based on preferences chosen by customers through an online portal. Superior produced 90,000 calendars in approximately three weeks. However, the calendar wasn't the only customized order running on the printer's HP Indigo 10000s.

Shortly after beginning the production run for the calendars, Superior took on the commitment for 5,000 customized cookbooks that would also be output on the HP Indigo 10000. The company needed to have hardcover, Wire-o personalized books produced with spot UV coating and an e-commerce solution in one location with a two week setup time before the holidays. If that doesn't sound daunting for a commitment of 5,000 orders, how about for tens of thousands? 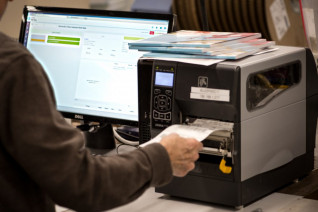 Shipping barcodes are scanned and shipping labels are produced via Site Flow. (Click to enlarge)

What Superior didn't expect, was for the 114-page cookbook to go viral. Orders started flooding in and, in the span of only eight weeks, Superior produced more than 120,000 highly customized cookbooks. Not only did the two jobs overlap, the calendars and cookbooks needed to be processed and shipped via multiple postal carriers, with the calendar being shipped domestically and the cookbook being shipped worldwide. Superior also designed and manufactured custom packaging to accompany orders of the cookbook, which was integrated at the same time.

Prior to the adoption of Site Flow, Superior had its own MIS system in place, which was developed from a combination of off-the-shelf and customized software, to manage the day-to-day workflow of its jobs. Toby McManus, director of business development for Superior explains that Superior could have run the jobs through its MIS package, but the time it would have taken for implementation would have been more than double the time it took using Site Flow. “It would have required multiple implementations, including customer onboarding and coding to link the data to the MIS. However, with the PrintOS platform, those steps were eliminated.”

“The beauty of Site Flow is that it allows the customer to onboard themselves,” McManus explains. “The customer can manipulate the data and fit the format, and then the manufacturer can accept the format and build the rules, streamlining the workflow.

"Traditionally, in order to onboard a customer with this level of complexity it would usually require us to get three of our IT people involved. From programming, to management of IT to prepress; but with PrintOS, we can manage it with a high-level prepress operator."

Next to implementation speed, McManus says the most beneficial aspect of using the software was the on-floor manufacturing production management. Every step of the process for every order can be visually tracked via intuitive dashboards.

"[HP] took a simplistic approach to managing production on the floor that I hadn't seen before," he adds. "You build a series of events, which are assigned to a product. An event can be printing, laminating or binding. You can assign a makeready and run time to those processes and then allocate them to the product in either a batch or to an individual order level. Once the product order comes in and is batched, it is released to the print engine for manufacturing and it falls into a print schedule so you can track it through the shop. You know where it is at all times ... via a series of monitors on your floor using just the internet to access the tools." 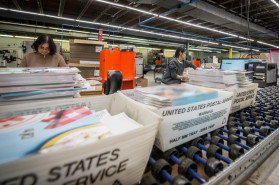 Thousands of cookbooks are processed for shipping. (Click to enlarge)

SiteFlow collects the orders from the brand's ordering platform online and batches them to allow management of orders in more digestible packages. If there are 100 orders per batch with 50 batches per day, it is more easily handled than 5,000 orders going through production separately.

Like with the adoption of any new software, there was a small learning curve when it came to how the workflow software functions, but McManus says that the data exchange is similar to any other on the market. For personalized, on-demand projects such as the calendars and cookbooks, Site Flow is ideal.

Although orders for the cookbook are still being submitted and manufactured, Superior currently has other jobs running in the background. According to Donny Charlebois, president and CEO of Superior, some of those jobs are for existing customers that wanted to utilize the workflow.

"It has made our production more efficient; jobs are pretty much at the press when it comes in the door," McManus says. "There is a service level assigned to each product, which are then organized in the service level queue so we know what priorities need to run first. It labels the products so we're not running jobs out of priority order, and then you're streamlining things for the post-printing processes. It's very efficient from the standpoint of optimizing our labor and assets."

Not only that, it's possible to test items or add new variables at any point during the production process. Prior to the Site Flow solution, it would have required complex coding and would have been cost-prohibitive, McManus says.

McManus elaborates that in the case of the cookbook, some customers wanted a less expensive alternative to its hardcover binding. The company selling the cookbook came back to Superior and requested a softcover version be available to order within 24 hours. Superior was able to implement the new version overnight with PrintOS Site Flow and have it production-ready on the following business day.

"Well, I certainly had never onboarded a new product overnight before," McManus laughs. “It’s definitely a new competitive advantage for us.”

Solimar Systems is a Sponsor of Inkjet Summit