Combining Richardson’s customer relationships and capabilities with Kingston’s operations creates a full-service, robust company offering clients a broad spectrum of printing and marketing services. With similarities in terms of 2019 sales volume ($5.2 million for Richardson and $6 million for Kingston) and number of employees (Richardson with 35 and Kingston with 36), the two firms had different areas of specialty and equipment. Kingston will now incorporate Richardson’s client-branded online storefronts and materials fulfillment services, a 40-in. perfector, and a 40-in. flatbed die cutter. Richardson’s customers can now benefit from Kingston’s expertise in direct-mail marketing, variable data printing, and wide format printing. The going-forward organization will operate out of Kingston’s company-owned Eudora plant with a new separate facility to house Richardson’s robust fulfillment services. 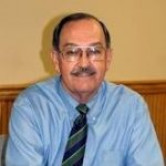 Jim Barker, Richardson owner, joins Kingston as Executive Vice President and is helping with transitioning Richardson's customer base to Kingston. About 75% of Richardson’s staff is now employed by Kingston. Barker found positions in other companies for most of the remaining employees. “It was important to me to provide continuity for my staff,” he noted. “Based on the great reputation Richardson has forged and my discussions with Jim, I was confident that Richardson’s staff, equipment, and expertise in materials fulfillment would be a good extension of Kingston’s services and greatly benefit our customers,” noted Kyle Johnson, president of family-owned Kingston Printing.

Barker, as the third owner of Richardson, which would have marked its 100th anniversary next year, successfully operated the firm for 41 years. He made the decision to sell when a perfect storm of personal and market conditions converged. In January 2019, a major customer of Richardson’s that owed the firm a significant amount, filed for bankruptcy. Another large customer was acquired by an out-of-town firm that had its own print supplier. Then the COVID-19 pandemic hit, which, as it did for many other companies, “impacted Richardson tremendously,” as Barker said.

Barker, now in his early 80s, had to make a decision. “Neither of my two sons, one of which remains with the company, was interested in taking the helm. I decided it was time to figure out a way to make a soft landing,” he recalls. “In this industry, you have to keep making investments in equipment and technology to expand your service offering. I knew the best way for Richardson to do that and continue to serve our customers was to become part of a strong firm.”

Richardson’s initial conversations with a potential buyer came to a dead end. Then he contacted GAA. “I called GAA’s Michael Wurst, whom I had known for many years when he operated a large printing company in this area. He understood the issues I was grappling with and confirmed that the best strategy was to combine with another company.”

In what GAA calls a “lightning quick sale,” it took only about six weeks for GAA to facilitate the agreement, accomplished during the height of the COVID-19 pandemic. “We were very pleased that, under such difficult circumstances, GAA was able to provide Richardson with four reasonable offers within a very short timeframe,” said GAA’s Wurst.

“A number of factors drove the process forward,” noted GAA’s Hahn. “In Kingston, GAA identified a buyer who understood the momentum required to complete a quick transaction under pressure. My partners Michael and John managed a very efficient process, and our client Jim Barker and his CFO were very organized and responsive throughout the process.”

As owner of the buying company, Johnson credits GAA with reaching a successful agreement. “We couldn’t have closed the deal without GAA’s help,” he said. “For one thing, they were very proactive with vendors, many of whom had concerns. By following John Hyde’s advice, we were proactive and wrote letters to vendors, gaining their confidence that combining operations would be a win-win-win for us, our customers, and them.”

Barker advises other printers who are considering their options to “talk to GAA and seek their advice and guidance. I needed someone to talk to and found Michael Wurst. That made all the difference.”