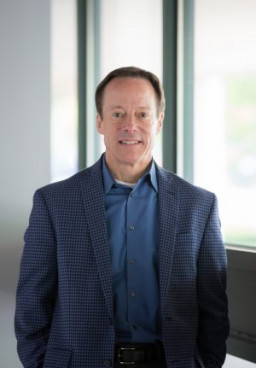 Charles "Charlie" Whitaker, a 30-year paper industry veteran who joined Taylor Corporation in 2012 and most recently served there as executive VP, has been named CEO of the North Mankato, Minn.-based international printing conglomerate. He replaces company founder Glen Taylor, who remains as chairman and owner of the privately held, multibillion-dollar company.

“Charlie was a trusted supplier and friend to Taylor for many years,” Glen Taylor said in a news release. “We were excited when he joined the Taylor team and his energy, experience, and enthusiasm made an immediate difference for our company. His recent leadership through our business transformation and his guidance through the global pandemic has proven that Charlie is ready for this top leadership role.”

In the same press release, Whitaker noted, “I am honored that Glen has given me the opportunity to build upon his 60-year legacy of growth and prosperity at Taylor. Glen has been both a boss and a mentor to me, and it is a privilege to help him continue Taylor’s success in this new role.”

Glen Taylor — who also owns the Minnesota Timberwolves and Lynx basketball teams, and Iowa-based Rembrandt Foods — had reassumed the CEO role at Taylor Corporation from his niece, Deb Taylor, in 2019. The adopted daughter of his brother, Roger Taylor, Deb Taylor had joined the printing conglomerate in 2011 and was named its CEO in 2015.

Under her watch as CEO, Taylor Corporation acquired the assets of Dayton, Ohio-based Standard Register for $307 million in 2015, which had filed Chapter 11 bankruptcy in March 2015; and then purchased the assets of Framingham, Mass.-based Staples Print Solutions in 2016.

In his LinkedIn profile, Whitaker indicates that as executive VP at Taylor Corporation he had full operational responsibility for 18 separate Taylor businesses and more than 25 manufacturing facilities generating nearly $400 million in annual sales.

Recognized accomplishments to-date and ongoing initiatives, Whitaker noted in his LinkedIn profile, include:

Whitaker received an undergrad degree from the University of Wisconsin-Whitewater and an MBA from the University of Wisconsin-Madison. After eight years at Arthur Andersen, he had a long career in the paper industry, including working at Fox River Paper for nine years, two years at Crown Vantage, one year at Curtis Fine Papers, five years as president of Los Angeles-based Spicers Paper, and eight years as director of strategic sourcing and customer solutions at PaperlinX, which had acquired Spicers Paper in 2001.

Active in the community, Whitaker currently serves as chairperson for the Greater Mankato Growth Board of Directors, operates as the region’s Chamber of Commerce and Economic Development engine. He is also the current chairperson for the Mankato Area Foundation Holdings Board of Directors charged with vetting, procuring, and managing non-cash assets gifted to the Foundation.

The Taylor group of companies together form one of the five largest graphic communications companies in North America. Taylor employs 12,000 employees dispersed across 26 U.S. states and nine countries. It is currently a partner to 56% of the U.S. Fortune 500 companies. Its portfolio offers a one-stop experience, ranging from marketing execution and technology services, to secured mailing, retail graphics, promotional products, gift and loyalty cards, to all types of corporate identity, and commercial printing capabilities.

Related story: Glen Taylor Returns as CEO and What That May Signal for Taylor Corporation