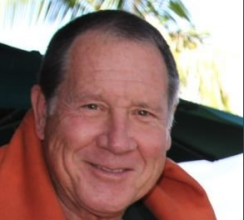 Christopher N. Madison, who served as chairman, president, and CEO of Los Angeles-based ColorGraphics Inc. — at one time one of the nation's largest commercial printing companies — died on March 31, 2022, at age 77. A father of two children, he lived with his wife, Lois, in Pasadena, California, for more than 50 years.

According to a post on Legacy.com, Chris Madison attended Pasadena City College and California State University, Los Angeles. During college, he held many positions working part-time at ColorGraphics, from driving a delivery truck, in shipping and operations, to sales. In 1978, he was named chairman, president, and CEO of Madison/Graham ColorGraphics, which was founded by his father Harold "Pete" Madison and Tom Graham in 1957. The commercial printing powerhouse operated printing plants in Los Angeles, San Francisco, Seattle, Hawaii, and Orange County, California.

In July 2007, ColorGraphics was sold to Cenveo Inc., which at the time was seeking to expand its West Coast operations. ColorGraphics, which by then had facilities in San Francisco, Seattle, Los Angeles, and Orange County, ranked 48th on the 2006 Printing Impressions 400 with $147.25 million in annual revenues. A statement from Cenveo Inc., announcing the acquisition, pegged ColorGraphics’ sales total at roughly $170 million at the time of the transaction. Chris Madison remained with the company following the closing of the transaction. Cenveo, in turn, consolidated Anderson Lithograph — another prominent West Coast printer — into ColorGraphics in the spring of 2009.

After his retirement from the printing industry, he became the chairman of Sierra Nevada Investment Group, a private real estate investment company that invests primarily in commercial real estate properties in Southern California.

Chris Madison and his wife Lois — who were together since first meeting at age 15 — shared a love of travel, Legacy.com noted. "The more exotic and remote the location, the more they enjoyed it. Chris loved being near water. Whether he was surfing the waves as a young boy, or enjoying the water from his boats as an adult. It was a wonderful privilege and the adventure of a lifetime being the captain of the Sea Wolf, a 62-foot Blanchard, which took Chris and his family exploring the Northwest and Alaska."

In lieu of flowers, the family requests donations be made to the International Printing Museum or to the 475th Fighter Group Historical Foundation.

RMX Network Announces Board of Directors For 2023