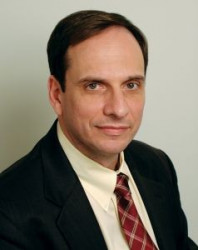 After 150 years of printing and marketing Christian books, cards and gifts, Abbey Press Printing and its sister wholesale business, Abbey Press Trade Marketing, are shutting down completely by the middle of 2017.

The full-service commercial printing business had been owned and operated by Saint Meinrad Archabbey, a Roman Catholic Benedictine monastery, which also operates a school of theology, located in St. Meinrad, Ind. Its roots date back to 1867 when the monks purchased a small, secondhand printing press for their in-house needs. Abbey Press was soon fulfilling printing orders from the outside community. Over time, the commercial printing operation followed the evolution of our industry as it moved from hot metal typesetting and letterpress printing into the modern world of PDF file submission, digital proofing and direct-to-plate imaging and printing.

More than half of the 71 full- and part-time workers losing their jobs had reportedly been employed there for over 25 years including, in some cases, multiple generations of the same families.

Archabbot Kurt Stasiak made the announcement, noting that the decision was not easy. “The Press has had a long, rich history of service and outreach to people of faith, and our coworkers are very proud of that. It’s heartbreaking to see so many lose their jobs, when they have tirelessly devoted their lives to this place and its mission,” he said.

Abbey Press struggled to overcome the challenges of a competitive marketplace, according to the Benedictine monastery. Those challenges included rising costs, changing technologies, competition from overseas suppliers, and a decline in print and religious gift store markets. In response, new marketing, products and suppliers — along with other cost-cutting efforts — were introduced to help improve the bottom line. However, even with added cuts and downsizings, sustainable profitability with all of its sales divisions could not be reached.

In its heyday, the Abbey Press grew into an international marketer and manufacturer of inspirational and religious cards, gifts, books and other publications — and once employed more than 300 workers.

A select few printing establishments make it to the century mark, let alone 150 years in business. A sad reminder that nothing lasts forever.