GLENVIEW, Ill.—July 1, 2015—For Dreamworks Graphic Communications, starting a new printing company in the middle of a recession and going from $1 million to $17 million dollars in sales in just a few short years wasn’t good enough.

With technological change in the air and seeing the reality of a fickle and increasingly competitive print market, owners Norm Friedman and Dan Luka decided that further bridging the gap between traditional offset printing and the latest in digital printing was more important than ever for the future of print.

Being extremely successful and comfortable with three total conventional offset and UV presses, along with a supporting digital cast of Konica Minolta bizhubs, and a seven-color HP Indigo 7600 digital press, management decided it was time to take that business one step further and break away from the past.

That direction coupled with an opportunity to move from the current leased facility in Skokie, to owning and doing a major build out in a new 45,000-square-foot building in Glenview, was too much to pass up.

"We had the chance to take print to the next level and wanted to do it right," said owner Norm Friedman. "Being one of the top quality boutique printers in the Chicagoland area, we had a lot at stake, but also wanted to break out of the pack and be the new face of printing."

Planning the move allowed Dreamworks the opportunity to seriously evaluate what equipment they had, what should be replaced, and where the industry was going.

"When we saw the new larger-format HP Indigo 10000 and all its capabilities, we knew that it was time to leave our comfort zone and embrace the future," added Dreamworks CEO Dan Luka. "We reviewed our current base of business and took a hard look at what had transpired over the last few years—especially with the explosive growth of digital variable data printing—and knew the 10000 press was the direction we wanted to take."

Already having an Indigo 7600 and all of the support that HP provides, Luka and Friedman knew that they wanted to take that Dreamworks/HP partnership to the next level. 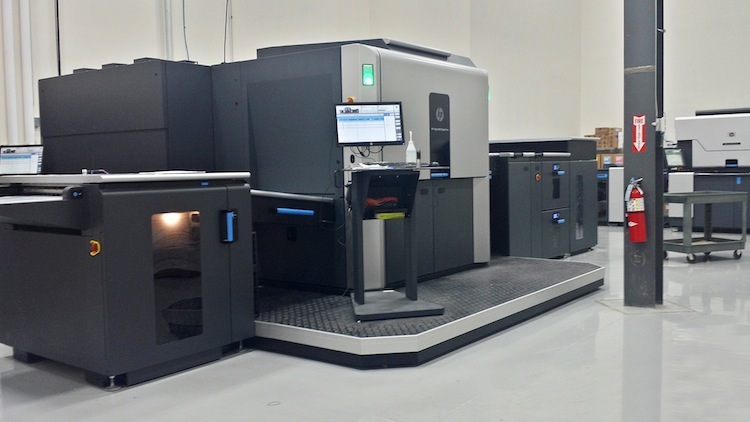 The firm's new facility will now be one of HP’s Midwest showcases for the HP Indigo 10000 and their emerging technologies.

“With pricing becoming more and more important in the marketplace, the HP Indigo 10000 and its larger 20.9x29.5 size allowed us the opportunity to shed one of our conventional presses (a six-color, 40" Komori press) and move most of the work allocated for that press over to the seven-color HP Indigo 10000," relayed John Perkins, executive vice president. "The type of work that would normally go on the 40" conventional we can now do at a fraction of the cost on the HP Indigo 10000, and give our customers incredible quality, faster turnaround and save them lots of money. It was a win win."

Perkins continued, "Factoring the ability to aqueous or UV coat the press sheets coming off of the HP 10000, you can’t tell the difference between the digital and offset printing. Add the ability to do variable data and other things you can’t do on conventional presses and the decision to replace was easy."

Luka noted that Dreamworks' goal is to offer the latest and widest range of print capabilities that best fits the company's work and clients. "There are things you just can’t do on the digital presses at this time and vice versa," Luka concluded. "With the variety of work we produce, we know that it can’t be all digital or all conventional offset, so we need to house the latest in both. Our new facility is amazing and with our 40" UV offset press, and now the larger-sized HP Indigo, we have the flexibility to produce high-quality collateral faster, better and more competitively than ever before.

Dreamworks also announced that it was a Gold Award winner of Sappi's North American Printer of the Year contest for its calendar entered into the Printer's Own Promotion category.